Jamiroquai Reboots Their Sound With ‘Automaton’ 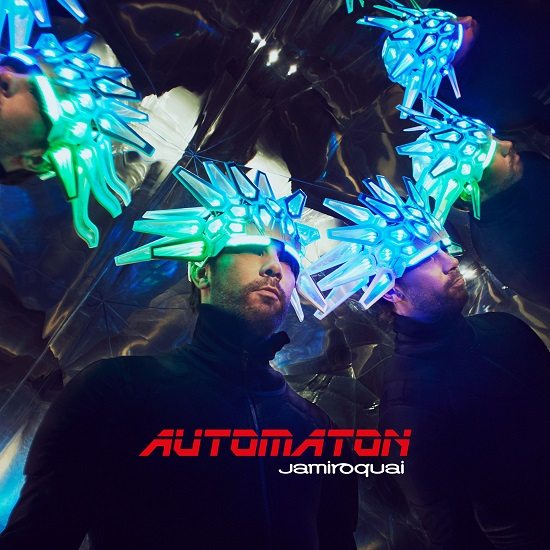 We asked, they answered and now they've delivered. Jamiroquai's eight studio album, Automaton, is now among us. We were caught off guard with the arrival of the set's first single, title track "Automaton," an icy cool digitized track that evoked the experimental sounds of '80s New Wave. However, we were reassured that the classic Jamiroquai sound was still intact with in-the-pocket groove "Cloud 9." Now, with the arrival of the full project, we're able to get into the group's full creative vision.

Digital touches abound on the project, which incorporates them in obvious ("Automaton") and unexpected ("Superfresh") ways, but doesn't let the coldness of their tone overpower the funky warmth the band has become known for. For the most part, Automaton is a funky, disco-tinged free-for-all with several calls to the dance floor (we double dog dare you to not move to songs like "Hot Property," "Summer Girl," "Shake It On" and "Vitamin"). But while they're all about a good time, the musicality isn't left to the wayside. Jay Kay's harmonies are as tight as ever and the arrangements are rich and wondrous. In fact, the only thing we'd say might be a misstep here is the drastic reduction in horns featured on the album, with much of the album opting instead for a digital representation. But even with that quibble, we still have tracks like album closer "Carla," a certified jam that sounds like it could've been ripped from the funk-soaked sounds of the '70s, that show that Jamiroquai's still got it.

The formula might have changed up in the seven years since their last release, but it sounds like the heart of soul of what makes Jamiroquai hasn't changed a single bit. Stream Automaton in full (warning: you should have your dancing shoes ready) via Spotify below.


TAGS:  audio, jamiroquai, jay kay
Previous: Daley Waits Out Love’s Storm In ‘Until The Pain Is Gone’ Next: Tinashe Burns Down The House With Her ‘Flame’ On ‘The Tonight Show’