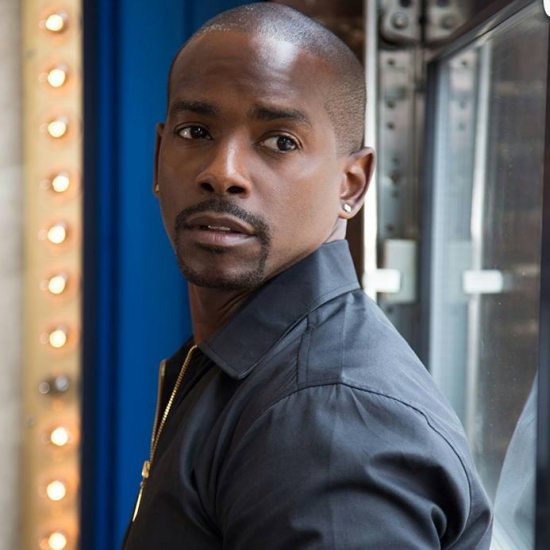 Keith Robinson is quite the busy man. The actor/singer is currently starring in Bounce TV's musical drama Saints and Sinners, which just entered its second season, and also has a role in the upcoming Tupac Shakur biopic All Eyez On Me. As if juggling two acting projects weren't enough, the multi-talented Mr. Robinson is also preparing to release his latest album, Love Episodic, this Friday. Where oh where does he find the time? While we get ready to strap in for what's sure to be a thrilling musical ride, Keith has just the song to prepare us with his steamy single "Mile High."

Yes, "Mile High" is exactly what you think it's about. However, while it would be easy to take the song's subject to a tawdry and scandalous place, Keith opts instead to keep the mid-tempo number sensual and tantalizing over soft piano and guitar as he aims to seduce. He takes on the role of pilot, letting his passenger know that though "no one knows where we go, I'll take you there." His confident tenor on the verse and airy harmonies on the bridge prove that he, in fact, knows what he's doing. To further drive home the airplane metaphor, Keith also includes spoken announcements that come into play during the chorus, addressing exactly what he wants his special passenger to do before this particular flight reaches its ultimate destination.

With a title like Love Episodic, we imagine that there's much more like "Mile High" to be found on the singer's upcoming album. Guess we'll find out tomorrow. Until then, stream "Mile High" below and get your Keith Robinson fix on Saints And Sinners, which airs Sundays on Bounce TV.