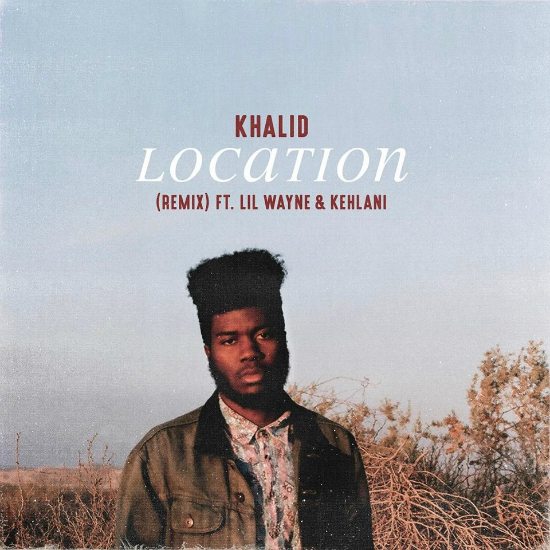 Unless you've been living under a rock, you've more than likely heard Khalid's "Location" in heavy rotation on a radio station near you. The 19-year-old caught our attention last May with the track, which has since landed itself on HBO's Insecure soundtrack, garnered millions of streams on Spotify and SoundCloud and now has a remix for your listening pleasure. Khalid enlisted the talents of Lil Wayne and Kehlani to bring additional layers of cool to the already catchy track.

The remix stays pretty close to the original, except Weezy opens the first 30-seconds with a boastful verse. "I turn your dry spot to an oasis / I kiss the right spots, I know all the places / Oh I lick the right spots, that's an ultimatum / The loud in rotation, cloud 9, flotation," he raps with a heavy dose of Auto-Tune and other substances. Khalid brings the track back down from its high with his laid back delivery singing, "I don't wanna fall in love off subtweets/ So let's get personal." Kehlani infuses her sugary vocals in the middle of the four-minute track, singing, "I don’t really care about rules / I just really care about you / I'm enjoyin' starin' into / Your eyes when I'm all in it with you."

While Kehlani sounds like a more natural fit for the track than Lil Wayne, they both get in where they can fit in, making the remix an easy listen just like the original. We're excited to watch the Texas-bred singer's moves this year as the teenage star just released his debut album American Teen on March 3rd and is on tour until June. You can purchase his album on Amazon, iTunes or Google Play and check out his "Location" remix featuring Lil Wayne and Kehlani right here.