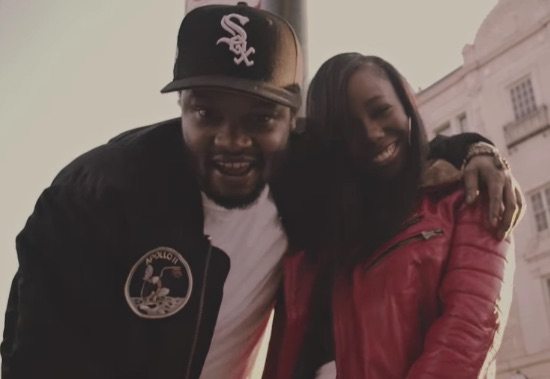 While Nicki Minaj and Remy Ma are making headlines for “shETHER,” one notable thing that has emerged from that dust-up is people discussing the state of the femcee. While there are a number of women who can rock the mic, there are few we can count in that number as headliners. The newest potential heir to the throne is another Chicago native, K’Valentine. On her grind since 2011, K’Valentine has put out multiple mixtapes, including one with the help of Talib Kweli. The Windy City representer has hooked up with hometown favorite BJ The Chicago Kid for her song about relationships, “That’s Real.”

In the video for the song, K’Valentine meets up with the object of her affection at a hotel, laughing, cupcaking and playing Connect Four. However, the guy can’t seem to stay off his phone. Of course, K’ ain’t for the shenanigans and tells him get to steppin’.

K’Valentine plans to make 2017 her year and she’s off to a good start with “That’s Real.” Her debut album is expected to arrive sometime in the next few months. Until that project drops, you can catch the up-and-coming rhyme spitter at New York City’s SOB’s on March 14th, as well as making the rounds at SXSW in Austin, Texas. For more information on K’Valentine, peep her website and stayed glued to her account on every artist’s favorite PR tool, Instagram.