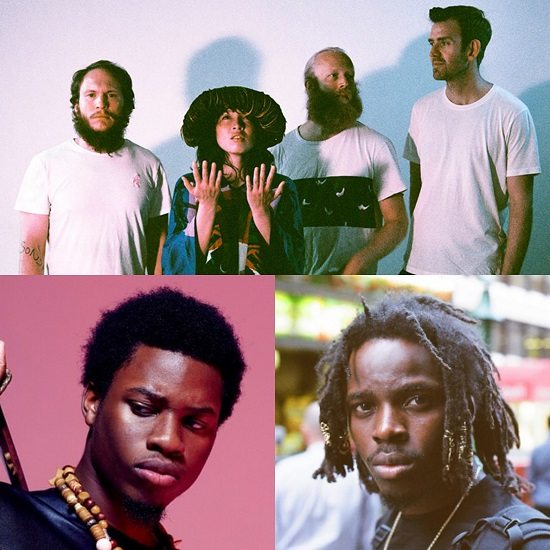 Little Dragon is almost ready to release their next set, Season High, and we're very ready to receive it. The singles so far, the sensual "High" and the house-like vibes of "Sweet," show that the album will be a different vibe than the Little Dragon we've become accustomed to. Speaking of different vibes, the quartet decided to hit us off with a changeup of lead single "High" with a little help from producers Michael Uzowuru and Jeff Kleinman and Florida upstarts Denzel Curry and Twelve'Len.

"High," a slow-burning, hypnotic groove originally, gets reimagined as a soft, piano-infused number at first, with Twelve'Len adding his own harmonies alongside singer Yukimi Nagano's airy vocals. But just as we think that this will be a chill affair, the drums kick in and a harder-edged beat drops just in time for Denzel to spit a fiery verse, literally. "Don't let my drink spill / I let my butt burn / I watch my wounds heal / Then watch the world turn," he begins before reminiscing on trials, tribulations and come-ups over the spacy, hip-hop influenced beat. Once he's done, the the mix slows enough to once again let Yukimi's vocal meander back into the foreground. The drums kick back in, though, issuing a return to the boom-bap that rides out the rest of the song, making this one an undeniable head-nodder.

Stream the remix as much as you'd like below (we guarantee you won't listen just once). Season High will be making its way to retailers on April 14th.