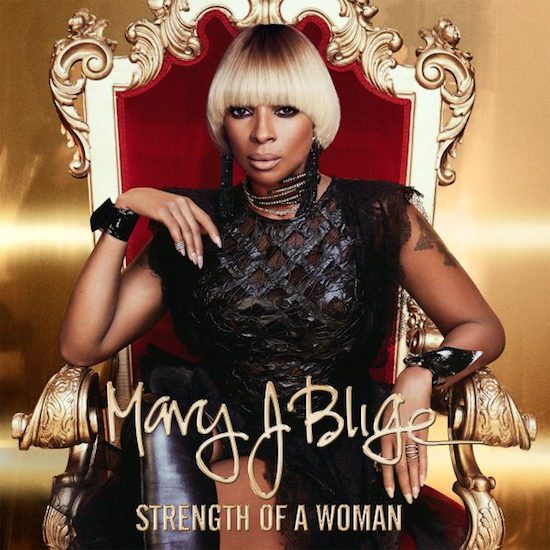 Since releasing her single "Thick Of It" last year, fans have been patiently waiting for Mary J. Blige to announce the release of Strength of a Woman, the album from which the single is taken. Now, those fans can finally grab their calendars and mark April 28th down as the date they've been anxiously waiting for.

Blige took to Instagram to announce the news, sharing the album's cover along with a caption that simply said "4.28." On the cover, we see the Queen of Hip-Hop Soul decked out in black leather and snatching edges as she regally sits upon a golden throne. With over 25 years in the music game under her belt, she has more than earned herself such a majestic seat.

While few details are known about her 13th album, it is safe to assume that her impending divorce will be at least one of the themes covered. However if Strength of a Woman's lead single and its follow-up "U + Me (Love Lessons)" are any indications, the album will be less about the pain of heartache and more about the tenacity that gets you through the healing process. Regardless of what and who will be featured on the album, one thing's for certain: if anybody can turn pain into music to our ears, it'll be MJB.