October London Takes A Journey Into The Spotlight In His Short Film ‘Color Blind: Love’ 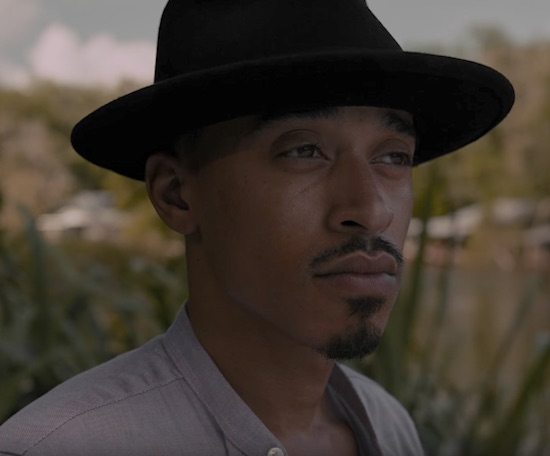 Apparently October London is your favorite singer’s favorite ghostwriter. While the artist isn’t naming names, what he is doing is stepping into the limelight in a huge way. Discovered by the legendary West Coast rapper Snoop Dogg, the Indiana native has slowly been making a name for himself, releasing songs such as “Black Man in America,” proving his talent and displaying his old school soul sound. However, the rising star has released an amazing short film for his debut EP, Color Blind: Love, that combines sensational visuals with soulful music in a masterful way that makes the young gun seem more like an old pro.

Directed by Dylan Brown, the 16-minute film follows an ex-prisoner’s journey to pursuing his dream of being a singer. The film opens with sweeping images of the Louisiana countryside before we meet October, getting ready for his day of release. His girl is waiting for him outside in vintage Cadillac with hugs, kisses and dreams of a future together. Later his girl introduces him to her uncle-cousin (it’s a southern thing, don’t worry about it)Mitch, played by everyone’s play uncle or cousin, Mike Epps, who puts our boy to work washing his dishes in hopes of moving up to be worthy of the stage. His lucky chance comes when a performer with a diva attitude decides she’s above crooning over po’ boys and happy hour specials. He soon becomes a regular at the juke joint and meets Mississippi Slim, played by Snoop, a music mogul ready to sign the young brother. Of course, when everything is going good, trouble lurks its ugly head.

The film only offers a glimpse at October’s songs and his throwback sound. While his talent and showmanship is obvious; he's not just a young upstart but a polished performer. On the uptempo ditty “Love in the Summertime” and the Marvin Gaye–leaning title track “Colorblind,” he’s only giving us a taste of great things to come. We could have listened to the opening duet, “Bring Me Up” featuring Faith Evans, all day if given a chance.

Of course, the full October London experience is just a few clicks away. His debut EP full of smooth grooves and throwback jams is available now on Spotify and other streaming services for your listening pleasure. We suggest you get in on the ground floor with this new artist and immerse yourself in October London's Color Blind: Love.