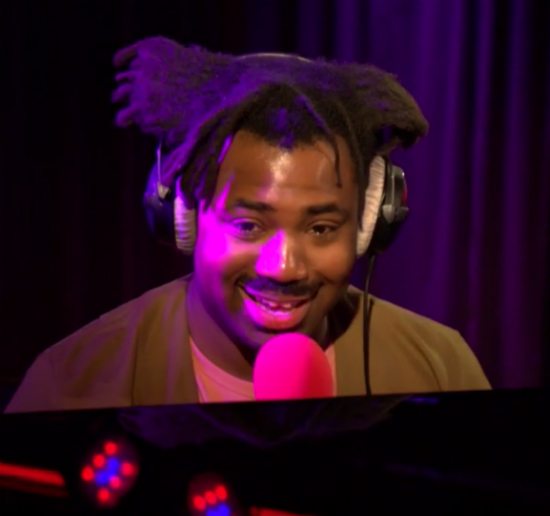 Sampha recently stopped by BBC Radio 1's Live Lounge during his U.K. tour to perform what some may deem a new classic, Drake's "Controlla." Seated at his piano, Sampha opened his reimagination of the reggae-dipped single with slow, soulful keys. Stripping the single of its percussion and upbeat melody, he belts out the radio favorite in his signature melancholy style, switching up his tone on the chorus and pausing at moments for dramatic emphasis.

Sampha gets an additional assist from Orchestrate, a developed network of the U.K.’s most accomplished young musicians. The mini-orchestra adds a classical layer to the performance, which is unique and worth the watch. The crooner couldn't leave the studio without performing his own single, "(No One Knows Me) Like The Piano" from his album Process. He's performed the ode to his mother at the BBC Radio studio before, and each time it pulls at our heartstrings, this time even more with the addition of the live orchestra.

Visit Sampha's website to keep up with him while he's still on the road. If you can't catch him on any of his live dates, you can still pick up Process on Amazon, iTunes and Google Play. Watch Sampha perform his version of Drake's "Controlla" below and let us know if you like his version better. Be sure to press play on his performance of "(No One Knows Me) Like The Piano" as well and keep a box of tissues nearby, you know, if your eyes start sweating and stuff.


TAGS:  drake, Orchestrate, Sampha
Previous: John Legend To Travel The World On ‘Darkness And Light Tour’ Next: White Dave Shows Up For His Art In ‘Present’