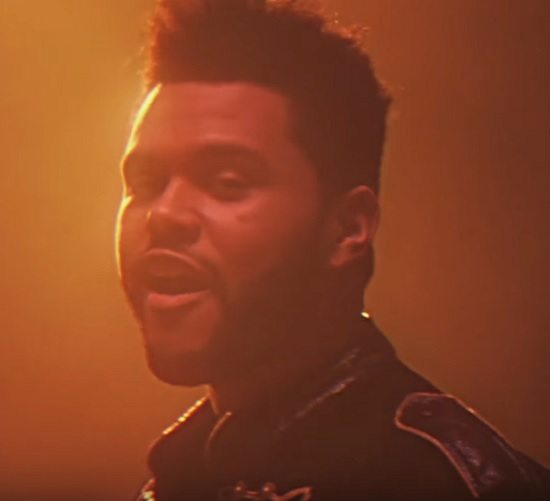 The Weeknd is flying high with his most recent album Starboy, with single after single landing in the top 10. The stylistic change up has also spawned perhaps one of the most solid songs he's ever made, "I Feel It Coming." We first got to hear the track before the release of the album and remarked then how much it sounded like an '80s Michael Jackson outtake (or at least The Weeknd's version of one). It looks like Weeknd decided to take both of the influences to the extreme in the song's video.

The clip channels the fantasy feel of adventure movies from the decade like Neverending Story and The Dark Crystal and mixes in a bit of MJ's fantastical video magic as well. Weeknd plays a lonely wanderer who does a so-so impersonation of Michael on what appears to be a  barren planet. However, he's soon joined by a sexy PYT who gets close to him. But just as they start getting closer than close, a weird phenomenon occurs turning the star-crossed lovers into stone statues. Yikes. The robots of Daft Punk make a special appearance at video's end as it appears that they might excavate a purple, glowing rock from the very planet Weeknd was on some time later.

Will there be a continuation? That remains to be seen. In the meantime, take a peek at The Weeknd's tribute to '80s fantasy below.


TAGS:  daft punk, michael jackson, The Weeknd
Previous: Faith Evans Unveils Official Cover Art For ‘The King & I’ With The Notorious B.I.G. Next: Trey Songz Engages In Some Pretty Suggestive Behavior In ‘She Lovin’ It’