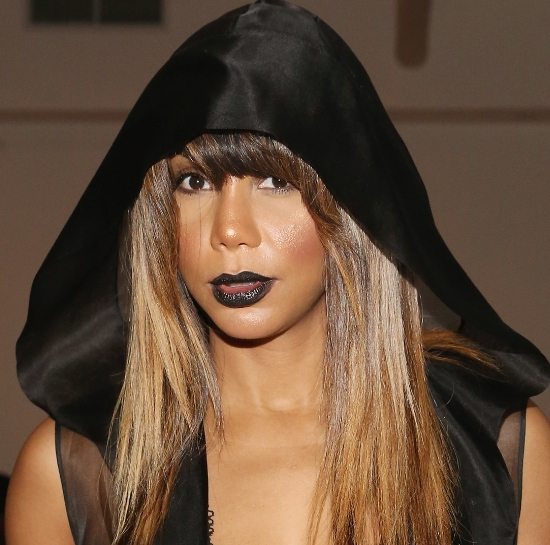 Speaking of babies, or at least baby mamas, it seems that our favorite outspoken Braxton sister Tamar Braxton and her hubby Vince Herbert had to deal with a bit of their own baby mama drama this week. It all started when a random chick posted a picture of an adorable little girl on Instagram with an incendiary claim written in the caption: “This is me n Vincent Herbert 7 year old daughter!!!!! She will be 8 on June 28th. He had a one night Stand with me the night before his wedding and paid me to keep quiet! Now he refuses to support his child anymore so I have to take matters to social media.” Giiiiiiirrrrrllll. As we all know, Tamar is not the one, two or three and she also took to IG to show the alleged baby mama exactly where she got her f**ked up at, writing, "let me explain to you all what kind of WOMAN I am!! If this was.. she would be MINE as well.. she would be all over MY instagram, media outlets, pictures interviews etc.. because that’s the type of WOMAN I am." Bloop. She also further explained that the claim of Vincent stepping out the night before the wedding was also lies, fallacies and fairy tales, letting it be known that Vince was at her sister Toni's house the night before their nuptials. Moral of this story, don't be playin' with Tamar about her man, because she'll always have the time. #TheTruthDotCom