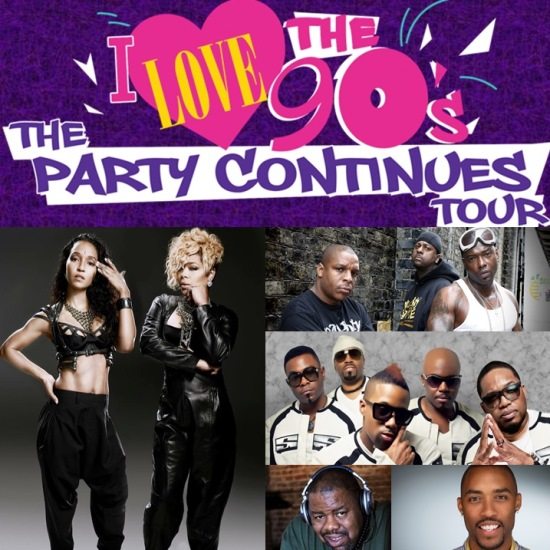 In case you haven't noticed, we have a soft spot for all things '90s here at SoulBounce. In fact, our annual "Class Of" series is one long love letter to the pre-millennial decade, particularly R&B and hip hop. So when an event like I Love the 90's: The Party Continues Tour comes along, we think it's a pretty big deal.

Launched in 2016, the original tour – which is still going strong and prepping to head overseas – excited fans with Salt-N-Pepa headlining a rotating roster of artists, including Color Me Badd, Kid 'n Play, Rob Base, Tone Loc, Young MC and Coolio. It's still "ladies first" when The Party Continues Tour begins its summer takeover with TLC holding it down as the top billers and celebrating the release of their final album. The tour boasts a "revolving line-up of iconic ’90s artists" including Blackstreet, Naughty By Nature, Montell Jordan, Biz Markie, Snap!, C+C Music Factory featuring Freedom Williams and Mark McGrath (of Sugar Ray). Each show features upwards of eight performers and promises an arena-sized dance party that you won’t find anywhere else. With potential crossover from the original tour, you never know who might pop in. Either way, we're kinda buzzed and it's all because this sounds like it's gonna be off da hook.

In a joint statement, T-Boz and Chili enthused, “We’re so excited to get back on the road this summer and give our fans some new TLC music along with our original hits. Being able to headline this tour with our friends and peers from the ‘90s is SO AMAZING!” Whether you're interested in the original, or prefer to see The Party Continues, make sure you visit the website for tour dates, locations, throwback gear and a chance to win free tickets via newsletter sign-up. You'll also be able to receive notifications about upcoming shows, contests, news and more by following the tours on Twitter and Facebook. 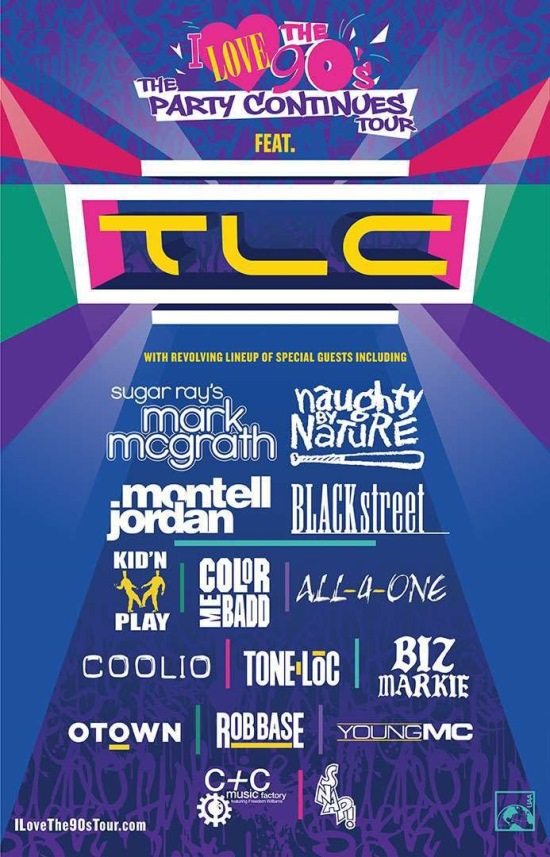