We Still ‘Can’t’ Get Enough Of Braxton Cook 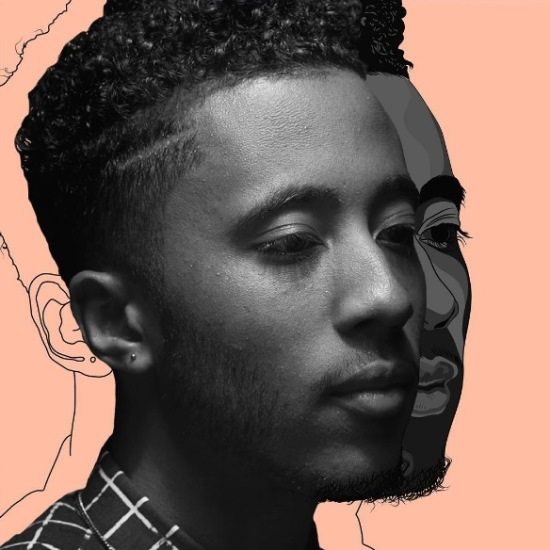 Braxton Cook's anticipated full-length debut will finally see the light of day on April 13th via indie label Fresh Selects and all we can say is, "Well it's about damn time!" Esteemed for both his personal compositions and his work with superlative trumpeter Christian Scott aTunde Adjuah, the Juilliard-trained saxophonist continues to perfect his craft through his Transcription Tuesday video series – where he plays his respects (pun intended) to jazz greats – and impressive collaborations with artists contiguously close to his D.C. roots (i.e. Richmond's Butcher Brown and adopted Baltimorean Navasha Daya). So you can understand why the forthcoming release of Somewhere In Between is a big deal to us here at SoulBounce.

Mr. Cook gave us our first listen late last year with an audio preview and music video for the album's title track. Now he's back to whet our appetites even more with a second single named "I Can't." Fans will recall he initially premiered the song back in 2015 and subsequently sent jaws to the floor as it was our very first time hearing him sing. Though this new version stays fairly close to the original, there are some notable differences that make us feel like we're hearing it again for the first time. Pianist Mathis Picard joins the previous backing crew of Andrew Renfroe (guitar), Joshua Crumbly (electric bass) and Jonathan Pinson (drums), bringing mellifluent enhancement to an already-stellar arrangement. Additionally, the "studio effect" adds a more polished tone to the overall sound, allowing the vibrancy of the instrumentals to really shine.

As for Braxton, his vocals are just as sweet and tender as we've come to expect. His convincing delivery isn't an act either; this song is personal. As he recently revealed in an interview with Pigeons & Planes, "It's about loving someone or something so much that you can't live without it, you can't breathe without it, you're not yourself without it. In my life, I've felt this way only about two things. My music and my girlfriend. They've almost become an addiction." Whew!

In addition to several new compositions, Somewhere In Between will offer updated renditions of Sketch tracks "Pariah" featuring Samora Pinderhughes and "The Gospel," plus a revisiting of his Braxton Cook Meets Butcher Brown project with "FJYD" and "Hymn (For Trayvon)." Peep the full tracklist below after listening to "I Can't," then pre-order the album via Bandcamp or iTunes. For updates, blog posts and more, connect with Braxton Cook through his website and social media pages.

Braxton Cook Somewhere In Between tracklist: