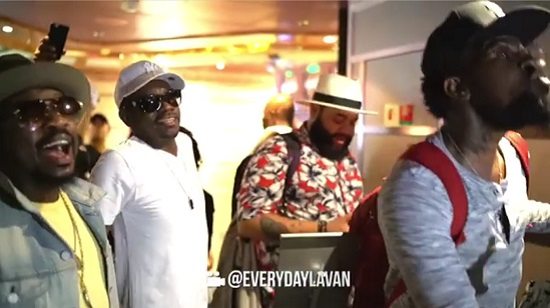 As we've learned in the past, Anthony Hamilton and his backing vocalists The Hamiltones (who have become stars in their own right) can sing anything. And we do mean anything. However, what happens when you add Jodeci member K-Ci Hailey into the mix? Would you believe a melodic tribute to chitlins? Yep, that happened.

Anthony's right-hand photographer/videographer LaVan Anderson of Everyday LaVan was on hand while the fellas were aboard Tom Joyner's Fantastic Voyage cruise and decided to have a little fun. Somehow chitlins (chitterlings, for you more proper folks) came into play and Hamiltones member J. Vito kicked off things with a simple request: "I want some chitlins, chitlins and rice." It didn't take long for the rest of the guys to fill in with harmonies and ad-libs, with each fella adding to the order. While most involved kept it simple, requesting that the delicacy be cleaned properly before being served up to them, K-Ci had a few more wants to get off his chest — including some butter, greens and even some mac and cheese. We can definitely clap to those side dishes, but we might have to pass on the main dish (unless there are copious amounts of hot sauce involved, then we might be able to talk).

If you're in the mood for some soul about some soul food (along with some laughs), then Anthony, K-Ci and The Hamiltones have just what you're hungry for. Go ahead and press play below and get yourself a helping or two. 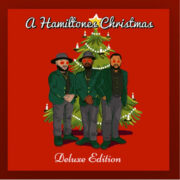 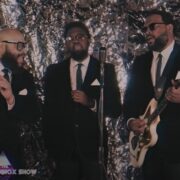