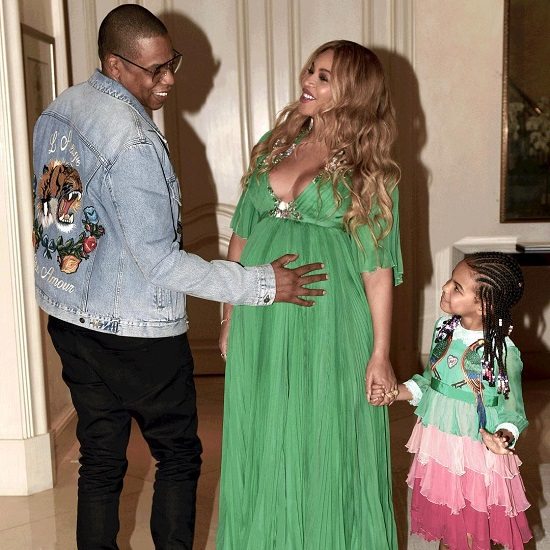 If you need ideas for celebrating your wedding anniversary, take a few tips from Beyoncé. To celebrate her almost-decade-long marriage to Jay Z, the songstress just released a new studio version of her 2015 track "Die With You" for their ninth wedding anniversary, having already shared a stripped-down version of the track that year to celebrate her and Jay Z's then-seventh wedding anniversary. On the hook, Yoncé sings, "'Cause darling I wake up just to sleep with you / I open my eyes so I could see with you / And I live so I can die with you." The songstress also released a touching video montage exclusively on TIDAL (of course) to go along with the ballad. Scenes of the couple at home, at their wedding, on vacation, in the hospital and hanging with Blue Ivy pepper the heartwarming video, which fans have been fawning over.

One to always outdo herself, the singer didn't stop with the release of the single and video. She also released a playlist. For "IV EVER EVER," Beyoncé handpicked 63 tracks from the likes of Sade, D'Angelo, Bilal, Frank Ocean and more to celebrate her love for Jay.

Travel down memory lane with the hottest chick in the game wearing Jay Z's chain when you press play on "Die With You" below. Use your good TIDAL membership to see the full version and to listen to the playlist Beyoncé curated for her bae so you can jam to the sounds of their love and celebrate the couple's wedding anniversary.


TAGS:  audio, beyoncé, bilal, Blue Ivy, d'angelo, Frank Ocean", jay-z, sade, Tidal
Previous: DAWN Takes Us On A Trip Through ‘LA’ & Plans A Summer Tour Next: Get A Sneak Peek Of The Return Of ‘The Get Down’ With Two Music Videos