Bruno Mars Gives Us More To Love With ‘That’s What I Like’ Remixes From Gucci Mane, PARTYNEXTDOOR & More 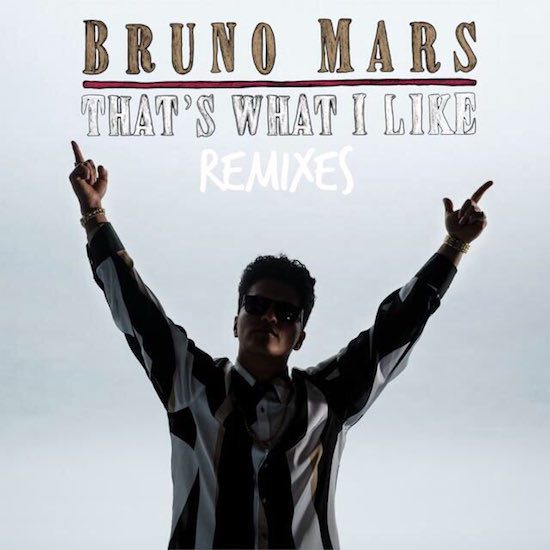 Even though he kickstarted his 24K Magic World Tour in Europe last month, that hasn't stopped Bruno Mars from thinking about his fans in other parts of the world by dropping not one, not two, but four new remixes for current single "That's What I Like." And by calling on the help of Gucci Mane, PARTYNEXTDOOR, BLVK JVCK and Alan Walker, he ensures that there's something for everybody who hasn't had enough of the song that has already reached the No. 2 spot on the Billboard Hot 100 chart.

For his part, Gucci Mane drops two verses into the original song. Surprisingly enough, it works thanks to his sing-songy cadence that aligns itself perfectly with Mars' original ode to giving his girl the world. While PARTYNEXTDOOR also sticks to the romantic topic at hand, his additional verses add a certain of delicateness to the mid-tempo party starter. Both versions are sure to sustain the radio-friendly song's viability, perhaps enough to help the song finally reach the top spot it has steadily been climbing towards. BLVK JVCK muddles things up a bit, adding just enough bass and synths to give the song an extra edge that had been missing from the fun-loving tune. The most different of the remixes comes courtesy of Alan Walker, a Norwegian DJ and producer who completely reworks the song's beat into an EDM track worthy of the hottest of dance floors. Walker does a great job of keeping the song's original melody intact, speeding up Mars' vocals ever-so-slighty while keeping them recognizable. Walker's version makes a good case for the day that Mars ever decides to venture into the dance or house genre.

The four new versions of Mars' "That's What I Like" each brings something different to the table while staying true to the foundation that the original built. Though he has found success largely with his R&B/pop-hybrid, these remixes also prove that the charismatic crooner has what it takes to cross into other arenas without coming off as a try-hard. Regardless of what sounds he's trying out, these remixes are definitely music to our ears.