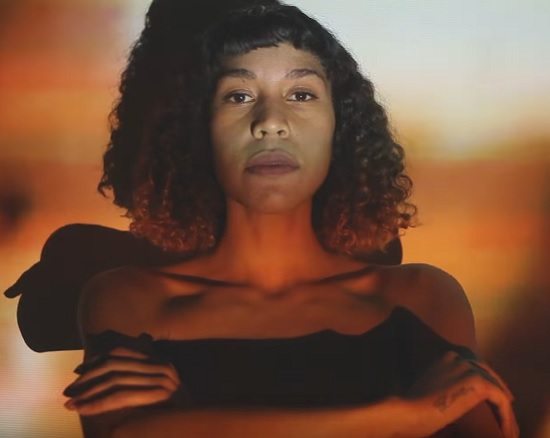 It's safe to say that songstress Charlotte Dos Santos has us under her spell. Just last month we declared the Norwegian artist Bounce-Worthy, saying specifically about her single "Red Clay," "The song is Charlotte's self-written and produced update on the jazz standard, and it is nothing short of amazing. Her haunting, hypnotic voice pours over the start-and-stop arrangement like water over the rocks in a stream." Now Charlotte has brought the single to life with a transformative visual to accompany the transcendent track.

The video for "Red Clay" finds Charlotte simply standing in front of a screen as footage of film burning and melting is projected on her and the screen. As the clip progresses and Charlotte's movement becomes freer, the viewer realizes that Charlotte is, in fact, nude. The projected footage, of course, obscures her nude form, highlighting it only in shadow. This was seemingly done with purpose by the video's director, Marina Oriente, and Charlotte, who also co-directed.

Explaining the story behind the video, Charlotte said in a statement, "The complete metamorphosis from larva to a butterfly is one of the most spectacular transformations in the natural world. They completely remodel their bodies within the pupa – the caterpillar digests herself and creates her adult parts – and when she is ready, she frees herself from the safety and warmth of the pupa inside the silky cocoon. By using the body as a canvas, we are with this video reclaiming female bodies from a sexual gaze and looking at the transformation into womanhood, and the emergence of a new awakening, through a repeated cycle."

Her emergence is definitely one worth watching. Watch Charlotte Dos Santos' video for "Red Clay" below and be sure to pick up the single right now on iTunes.


TAGS:  Charlotte Dos Santos, Marina Oriente
Previous: Sidibe Takes On Amy Winehouse With ‘I Heard Love Is Blind’ Cover Next: Little Dragon Give Us Something To ‘Celebrate’ 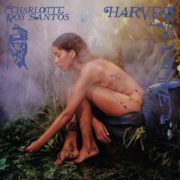 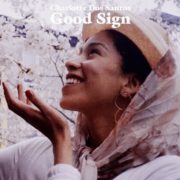 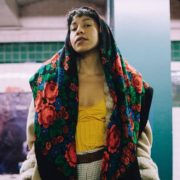