DJ Cassidy, Grace & Lil Yachty ‘Honor’ Us With This Treat From ‘The Get Down’ Soundtrack 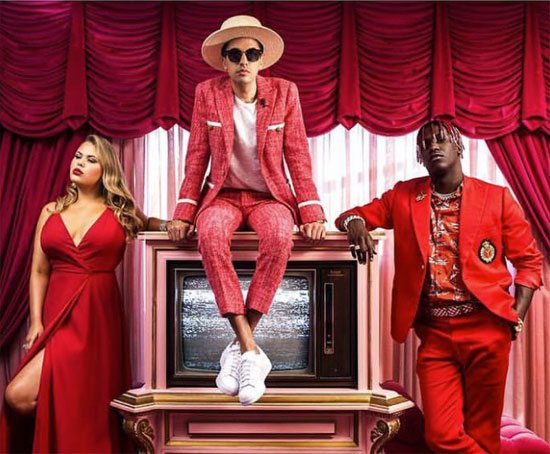 DJ Cassidy is known for creating musical odd couples, pairing artists you wouldn’t imagine together to create engaging compositions that call back to the disco era. However, his latest might be his most incredulous. Australian powerhouse vocalist Grace and bubblegum trapper Lil Yachty join the producer extraordinaire to create a little mid-tempo number entitled “Honor” for The Get Down Part II soundtrack.

Over a stripped-down groove of bass guitar, hand claps and keys, Grace lets the men in her life know that they should feel honored to call her theirs. She makes her case by stating, “Baby, I’m bored / Don’t like being ignored / Don’t know why I’m in your bed / Why would I want to put up with the drama? / It's fun playing in your head.” Meanwhile, Little Boat lays down a matter-of-fact verse, admitting his faults and realizing that you don’t know what you got ‘til it's gone. He even adds a few airy ad-libs that blend harmoniously with Grace’s vocals. Say what you will, but the kid has got something going on. What that is, we aren’t quite sure, but it works here.

DJ Cassidy’s funk-inspired sound is a perfect match for The Get Down. While not quite hip-hop or straight R&B, the track gives us a great blend of the two, along with a dash of sass and drama tailor-made for a '70s-era television series. In fact, the musical maestro made a similar contribution to HBO’s short-lived series Vinyl with “Kill the Lights” featuring Alex Newell and Nile Rodgers. If you're feeling the '70s flow, you can peep a few more compositions from The Get Down Part II soundtrack when it drops April 14th. For now, do yourself the "Honor" of hitting play below before binging on The Get Down's return to Netflix this weekend.