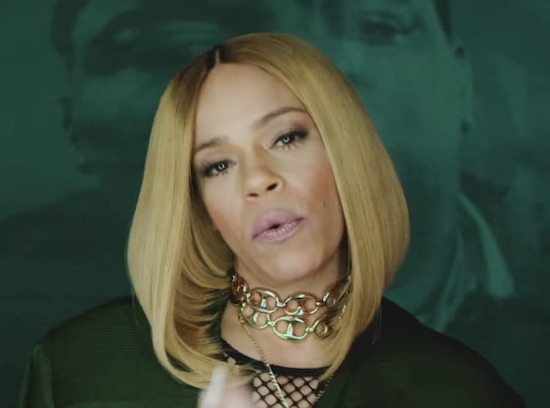 While the Bad Boy Era may be over, that time in music will always live on in our hearts. It is that era that “Legacy,” the latest single from Faith Evans and The Notorious B.I.G.’s upcoming The King & I album, mines to create a touching ballad that gives us nostalgic feels. Of the track, Faith has said “If there were a title track for The King & I, it would be 'Legacy.' This song absolutely sums up the theme of the album.”

Produced by Stevie J, “Legacy” sounds like it would have fit perfectly on any of Faith’s first two albums. Faith’s vocals and B.I.G.’s verses work together almost seamlessly. Well, as much as pre-recorded lyrics can. Biggie’s vocals are borrowed from “Would You Die For Me” featuring Lil Kim from his Born Again album. As you might guess, phrases like “Hardcore metaphor make sweat pour on the bedroom floor” work well for a rap/sung collaboration with your wife, comparing your penis to Bruce Springsteen not so much. Meanwhile, Faith sings about their ups and downs: “You were right by my side through all the changes / We’ve been through everything, so far from strangers.”

The video for the track has Faith taking a trip back to Brooklyn, reminiscing on their relationship. The clip opens with an old Rap City interview where Joe Claire asks Biggie about his relationship with Faith. From there, we are treated to old photos and home videos of the couple from their infamous VIBE interview and playing around in the studio. Of course, any trip down memory lane wouldn’t be complete without a trip to familiar haunts like 226 St. James place, the stoop and other areas of Brooklyn. Big’s lyrics are performed by fans and famous friends like Lil Cease and Maino. The clip ends with a sound bite from the interview of Biggie saying “We’re always going to be together ‘cause we got a little shorty together,” as we see Faith walking along the waterfront.

“Legacy” is the fourth single from The King & I, following on the heels of “When We Party” featuring Snoop Dogg, “NYC” featuring Jadakiss and “Ten Wife Commandments.” The 25-track set is due for release on May 19th. Although the first three samples from the album had us on the fence, “Legacy” definitely makes us excited for what’s coming from the blockbuster project.