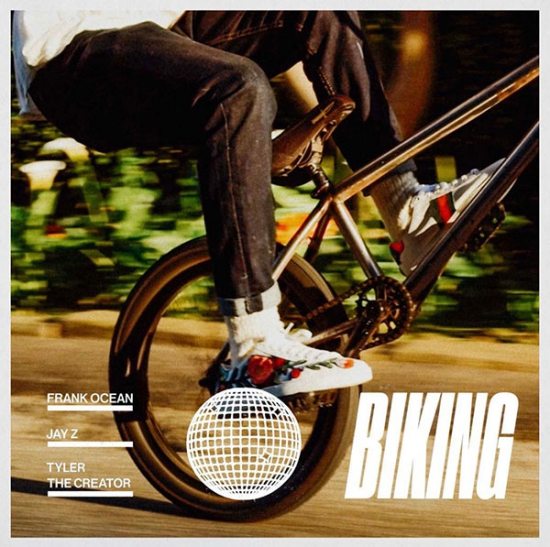 It seems that, after a years-long hiatus, Frank Ocean can't seem to stop releasing new music. Back in August, he gave us a visual album, Endless, and proper sophomore release, Blonde, much to the delight of his fans. Then, earlier this year, he gave us his Calvin Harris collab "Slide" and his own new track "Chanel." Over the weekend, he gave us another new feel with his brand new song "Biking," and this time he's brought some extra star power along thanks to his big homie Jay Z and his Odd Future cohort Tyler, The Creator.

The track opens with a verse from Jay, with him starting off with a few ad-libs as he warms up for his bars. Soon, though, he gets to his bars, rapping over a piano intro at a slowed pace. Frank then joins the ride as acoustic guitar contributes to the chilled-out vibe of the song, with the singer-songwriter adopting a cadence similar to Jay's as he sings about random musings he's observed over the course of his life, including his complicated views on marriage, his wealth and life in general. Meanwhile, Tyler drops in to cleverly compare the way he handles his rhymes to the skills he has on a bike just before Frank does his best Young Thug impression on the track's outro.

"Biking" doesn't resonate in the same way that "Chanel" does, though a collaboration from all three industry heavyweights is definitely worth at least one listen. Give Frank Ocean's "Biking" spin below and see if you want to roll with the collab or if it grinds your gears.