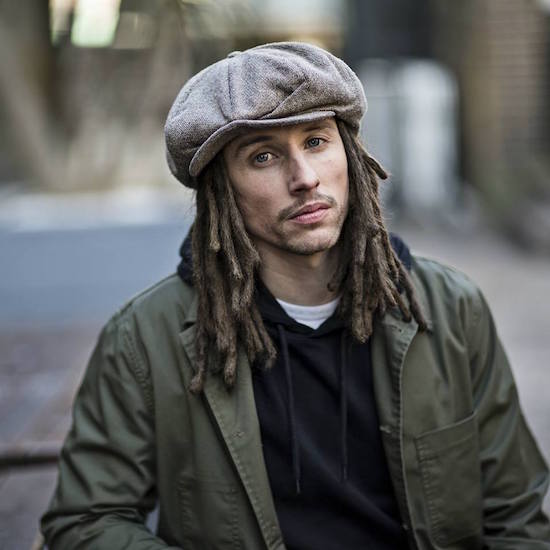 Although he's in the midst of touring Europe and putting the finishing touches on his debut studio album, JP Cooper is still making time to break his fans off with new music in the process. The British singer just released the soaring "Passport Home," and it just may be the motivation we need to get us through the Monday blues.

A former member of the Manchester International Voices Choir, Cooper reaches back to his choral roots on this gospel-infused single. Backed by a gospel choir, combined with his lyrics of perseverance, makes for the perfect dose of inspiration. His powerful vocal pipes are on full display as Cooper sings about finding a warm and welcoming respite in the midst of chaos. The song's uplighting message is reiterated throughout as Cooper and the choir's voices intertwine as they repeating the refrain "Keep the light on."

"Passport Home" is Cooper's follow-up to his surprise hit, "September Song," which has racked up over 21 million views on YouTube, 113 million Spotify streams, and 1.3 million in international sales to-date. Counting the likes of Stormzy amongst his fans, it's no surprise that Cooper is selling out dates on his current European tour. To find out if he'll stopping near a town near you, hit up his website for tour dates and stops. "Passport Home" is currently available on iTunes.