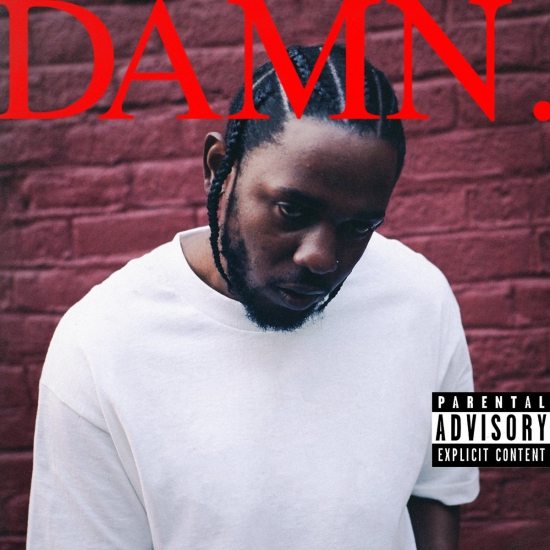 We've been waiting for news of Kendrick Lamar's next album ever since he told something new was coming on his buzz track "The Heart Part 4." Though the April 7th date he mentioned on the track came and went without the actual release, we did get news of a release date (this Friday, Apriil 14th) and an iTunes pre-order for the set. Now, with the album's arrival just days away, K. Dot is revealing the full monty, giving us not only the album's cover (pictured above) but its title and tracklist as well.

Kendrick's third major label bow will simply be titled DAMN., and with a banger like "HUMBLE." as its lead single, we can understand why. But "HUMBLE." is just one of 14 tracks, though all of the have something in common: they're all only one word long. Is this K. Dot's way of getting straight to the point? We think so. As for features, there are only two here but they are super high profile. Rihanna will make an appearance on the project's sixth song, "Loyalty." Meanwhile, rock legends U2 will also make an appearance on the 11th song, "xxx." Seeing as this is the first time Kendrick has worked with either, these collaborations should be quite interesting. Also keeping things interesting is his list of producers for the set, which includes Mike WiLL Made-It, BADBADNOTGOOD, 9th Wonder and Alchemist.

Check out the full tracklist for DAMN. below as well as the simple, to the point back cover for the album. You can pre-order Kendrick Lamar's latest on iTunes now. 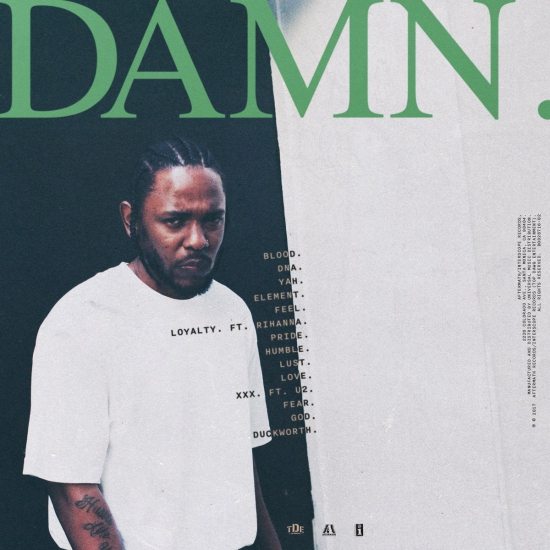 TAGS:  9th wonder, alchemist, BadBadNotGood, kendrick lamar, Mike WiLL Made It, rihanna, u2
Previous: Jennifer Hudson Leaves A Lasting Impression In ‘Remember Me’ Next: LeToya Luckett To Get ‘Back 2 Life’ On New Album, Reveals Cover, Tracklist & Release Date