Nas Laces ‘The Get Down’ With ‘Angel Dust’ 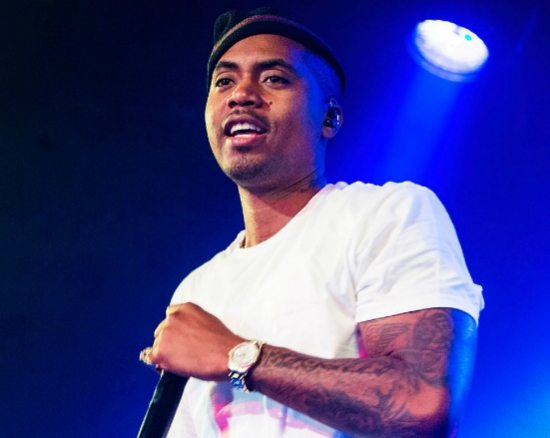 Nas might not have a lot going on musically at the moment, but the rap legend is still a busy man. The Queensbridge representer has an autobiographical project, Street Dreams, lined up at BET and he's also one of the producers behind '70s hip-hop fantasy The Get Down. Speaking of which, the show's second half recently premiered on the streaming service and sharp-eared fans might've caught Nasty Nas flowing on a brand new track at the beginning of Part 2's third episode. Your ears did not deceive you, it was a new Nas track and its name is "Angel Dust."

The track, as the title suggests, is all about the PCP (aka "angel dust") epidemic that swept through major cities in the late '70s and early '80s. Nas tells the story of what happened on the song, backed by a funky bass riff and a female vocalist vamping as she sings the song's title repeatedly. Nas spits real facts as he provides the narrative. "Angels with dirty faces / Angel with broken wings / The devil's dust, PCP, invaded bloodstreams," he rhymes to start, later adding, "Illegal substances constructing, but plus addicted / Trust it and respect it, almost got me arrested." But he doesn't just speak on those that were affected by the drug. He also speaks on those who dealt it as well. "Raw, uncut, like what they sold in front of the storefront / The sidewalk was my brother's office / We cut our losses, I had choices," he later rhymes on the short track.

The Get Down II (Original Soundtrack from the Netflix Original Soundtrack) is set to be released this Friday (April 14th), though there's no word on if "Angel Dust" will make the cut. We do know, however, that "Honor," "Break The Locks" and "I'll Keep My Light In My Window" will be included. Check out "Angel Dust" below and pre-order the soundtrack on iTunes.