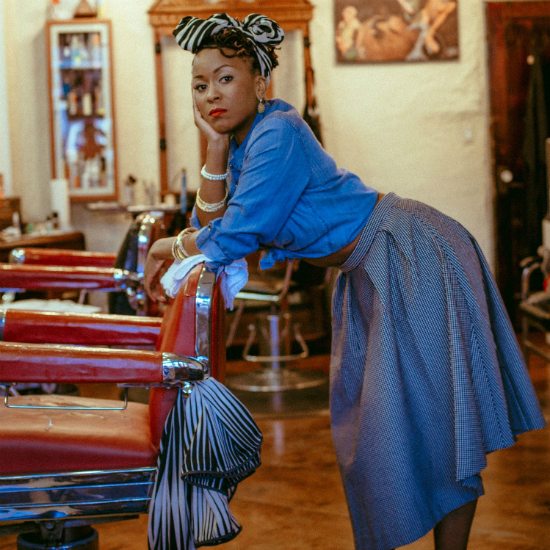 Toronto has long been a wellspring of musical talent. A number of artists from The 6 proliferate our playlists, and there'll soon be one more to add to that number. Soul singer Tanika Charles is the latest export who will likely become a household name after she drops her debut album, Soul Run, at the end of the week. Prior to its worldwide release, the album has already made a few waves and garnered her a JUNO Award nomination for R&B/Soul Recording of the Year alongside The Weeknd, dvsn, PARTYNEXTDOOR and Daniel Caesar. Called “the most buzzed about soul singer in Toronto” by CBC Music, Tanika Charles is someone you need to know now. SoulBounce is doing our part to introduce her to the masses with the world premiere of one of the songs to be found on Soul Run, "Sweet Memories."

Over a bed of horns, guitar and percussion, Tanika wistfully remembers a past paramour as she sings of the "sweet memories of love" they shared. However, according to Charles, the song is more bittersweet than a sugary confection. "'Sweet Memories' is self-sabotage. It is the inability to move ahead with one’s life because you’re too focused on a flame long extinguished," she says. A closer listen to the lyrics does show that she's well aware that it's over, never to start up again. She further explains, "It’s a recollection of past pleasantries without exploring the possibility of good times returning. It’s not about lost love, but of the mental and physical space one finds themselves in when coming to terms with love’s absence." Yes indeed, it's a wrap but of the most upbeat kind thanks to the track's energetic live instrumentation.

The album as a whole could be considered a post-breakup album, but Tanika makes it clear that Soul Run is more "about finding yourself after hitting the reset button." The singer actually did just that when she fled from an emotionally abusive relationship in rural Canada to pursue her singing career in Toronto. Supporting stints with Mayer Hawthorne, Hiatus Kayote and Lauryn Hill have followed along with an EP, and now here we are with her debut album produced in part by one of our favorites, Slakah the Beatchild. We're happy she made that move.

Soul Run will be released on Friday, April 7th on Record Kicks and is available for pre-order now on Bandcamp. We've heard the album in full, and it's a soulful, funky joyride that belongs in your collection. Get more acquainted with Tanika Charles on her official website, Facebook, Twitter and Instagram.


TAGS:  audio, Daniel Caesar, dvsn, Hiatus Kayote, lauryn hill, mayer hawthorne, PartyNextDoor, slakah the beatchild", Tanika Charles, The Weeknd
Previous: Jamiroquai Has Us Floating On ‘Cloud 9’ Again With A Couple Remixes Next: Osunlade Resurfaces With ‘The Quieter You Become, The More You Hear’