Karriem Riggins Dances With The Unexpected In ‘Bahia Dreamin” 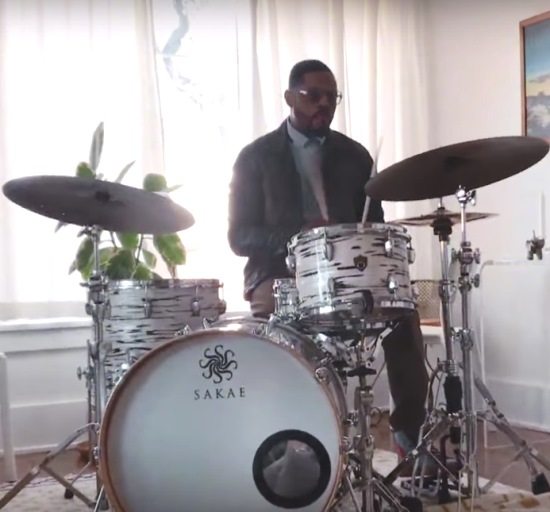 For the past couple of months Karriem Riggins has been all over our playlists. In addition to the superlative collection of beats known as Headnod Suite released back in February, he co-wrote the Robert Glasper/Common/Lianne La Havas collabo "The Cross" for Netflix drama Burning Sands and premiered a futuristic flip of Gabriel Garzón-Montano's "Crawl" (from new album Jardín). But though we've heard a lot from him, we haven't actually seen much of him. That changes, albeit minimally, with the first set of Suite visuals for lead single "Bahia Dreamin'."

The clip, which follows the morning routine of a dancing beauty, only offers a few glimpses of Mr. Riggins, but it's enough to enjoy watching the master percussionist at work. While it's not unusual for an artist to adopt a background role in his own video, there is one detail we find a bit puzzling. The video is officially labeled "Bahia Dreamin'," yet Riggins and director Calmatic chose to highlight "Cia" for more than half of the screen time. They even end the clip with a snippet of "Chop Chop," making us wonder why they didn't just call the visual something like "Headnod Trifecta." But honestly, the title doesn't really matter as the incredible music, carefree moves and the unexpected twist at the end make it well worth three minutes of your time.

Dance and chill to "Bahia Dreamin'" below and plan to see Karriem Riggins perform it live at this year's AFROPUNK Brooklyn. Afterwards, you can listen to his "Crawl" remix and if you haven't already gotten a copy of Headnod Suite, download via Bandcamp or Stones Throw Records.