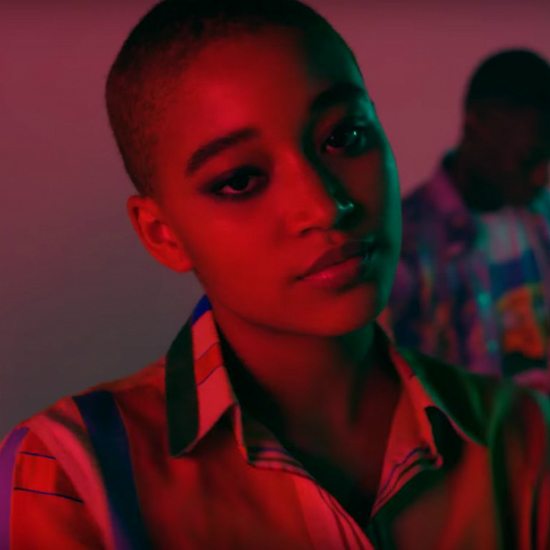 Amandla Stenberg is an emerging force to be reckoned with. Just ask Beyoncé. The Hunger Games actress has made headlines for more than just her acting, but also for her activism, feminism and unapologetic #BlackGirlMagic. Remember her “Don’t Cash Crop My Cornrows" video? For her latest feat, Ms. Stenberg has remade Mac DeMarco’s “Let My Baby Stay,” giving the alternative rock jam an R&B refix.

Amandla retains the lackadaisical flow of the acoustic original but adds a little bit of a jazzy flavor to her vocals. The production composed of airy, atmospheric synths, hand claps and drums, creates a similar mellow vibe but with a little more oomph. The video for the song, also directed and edited by Amandla, is a colorful and cute clip. We view Amandla singing and grooving to the music in a room full of teens more interested in their phones than what’s right in front of them. What has everyone so engrossed? It turns out they are actually watching a live feed of her right there in their midst.

This isn’t the first time Stenberg has graced us with her musical talents. She’s been making music as one-half of the duo Honeywater with her best friend Zander Hawley. However, this is Amandla's first time stepping out as a solo artist. "Let My Baby Stay” is featured on the soundtrack to her latest feature film, Everything, Everything, in theaters now. While the young adult movie may not be up everyone’s alley, Amandla’s take on the this little-known song is a sultry slow jam that everyone can enjoy. Watch the simple yet effective visual, and scoop up the Everything, Everything Original Motion Picture Soundtrack with songs from Anderson .Paak, The Internet, Kehlani, Khalid and more on iTunes or Google Play right now.


TAGS:  Amandla Stenberg, beyoncé, honeywater, mac demarco, zander hawley
Previous: Mabel Keeps It On The Low In Her ‘Bedroom’ Next: Allow H.E.R. To Love You ‘Every Kind Of Way’