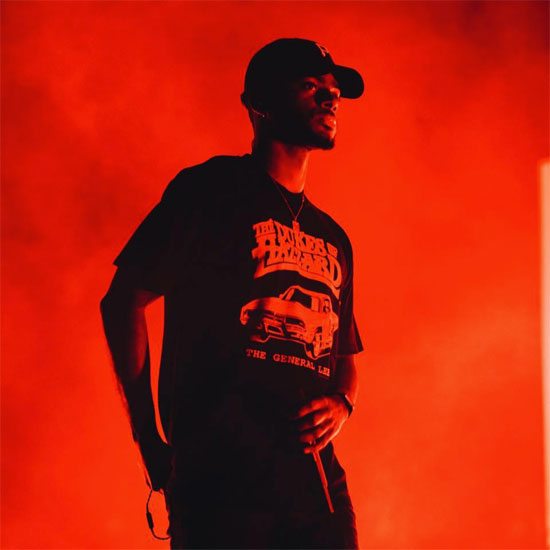 After dominating the radio airwaves for much of 2015 and into 2016, singer Bryson Tiller took some time off to put the finishing touches on his follow-up to his platinum-selling debut album, Trapsoul. Though he'd check in from time-to-time via social media to let his fans know he was working hard to deliver his sophomore effort, the brooding singer always stopped just short of divulging any details on a release date or when fans of his sound would get treated to new material. Well, those folks' prayers have been answered as Tiller took to social media to announce not only the album's release date, but to also drop off not one, but three new singles in the process.

The album, titled True to Self, is set to hit stores June 23rd and is currently available for pre-order. To go along with the announcement, Tiller released three new singles, "Honey," "Somethin Tells Me" and "Get Mine," which features a verse from rapper Slim Thug. Judging from the sounds of the singles, fans of Tiller's brand of tuned up vocals and R&B/rap music hybrid should be more-than-happy about the Kentucky native's return to form. That chip on his shoulder that had him alternating between tackling relationship drama and his many doubters seems to have grown even larger as indicated on the three new singles.

"Honey," the first of the new releases, finds him trying his best to woo the lady in his life. Produced by NES, Tiller eschews the more traditional ways of romancing as he rap-sings lines like “Honey, what you asking?/ Sticky slow like molasses / Anything you want you can have it / Honey, you a bad b***h." "Somethin Tells Me" also finds him dealing with matters of the heart, this time as he addresses a relationship that may be nearing its end. Though it may or may not have been his fault doesn't make it any less devastating for him as he faces the facts. Meanwhile, it's his haters that he has in his crosshairs as he gets into protector mode while listing all the things they not gon' do to him or his family. "I'll go 'Rambo' for real for my daughter / 2015, I made 2 mill for my daughter / Now these p***y a** ni**as wanna steal from my daughter," he warns, referencing Trapsoul's "Rambo."

Check out the latest joints from Bryson Tiller, and if they tickle your fancy, be sure to pre-order True to Self on Amazon, iTunes and Google Play.