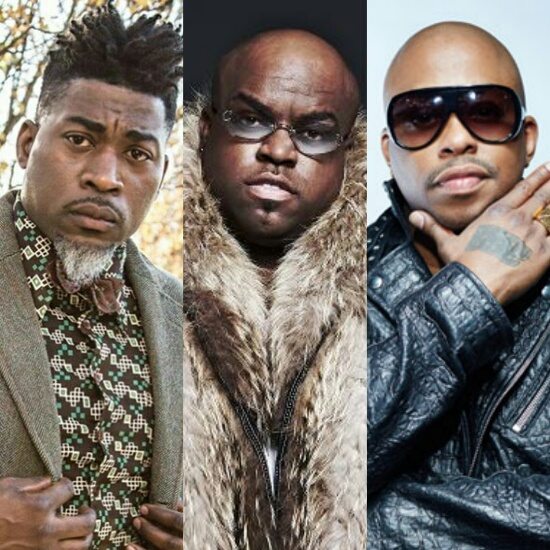 In the last 20 years, we’ve witnessed David Banner do a little bit of everything. Though the rapper/producer/activist/actor can been seen and heard speaking out on topics from racism and misogyny in hip-hop to consumer control in the music, film and media industries, it’s been seven years since the release of his last album, Death Of A Pop Star with 9th Wonder. Now, while gearing up to release his new album The God Box, Banner teams up with CeeLo Green and Raheem DeVaughn for the single “Magnolia.” The track’s title is in reference to Mississippi’s state symbol, which serves as the imagery used to tell the sordid history of racism and violence against people of color in Banner’s home state.

“The song represents the relationship of trees in Mississippi and Africans throughout history,” Banner says. “The taller the tree, the broader the story, the shorter the tree, the more personal the perspective is. My verse is about the relationship of the magnolia tree and African’s during slavery.” On "Magnolia," Banner begins rapping and as the intensity in his voice increases, one can literally feel his frustration and just how personal it truly is. He breaks it all the way down when he spits about a conversation he had with a magnolia tree: “Then she started to tell me how she was used in the lynching of blacks / Branch cracked, broke her arm just so his neck wouldn’t snap / And if I would not have rapped / I’d probably meet the same damn fate / From the same damn rope / I’m bout the same damn weight.” Before offering his own verse on how a blue uniform and a white wife still doesn’t make you any less of a “n****r,” CeeLo sings, “Please Mother Magnolia / Although the fruit is strange / It’s been such a long time comin’ / When will the seasons ever change?” Raheem closes out the track as he sings, “If the trees could speak, they’d probably shed a tear and weep / For the skin like mine.”

The God Box will be released on this Friday, May 19th and will include a 24-page booklet with lyrics and art to accompany each song. The album features additional guest appearances from Big K.R.I.T, Black Thought, Trinidad James, WatchTheDuck and Big Rube and production from DJ Khalil, DJ Swiff, Chris “THX” Goodman and more, though Banner produced half of the album himself. “It’s more than an album, it’s an art exhibit,” he says. “It’s sort of like a secret. It’s something that people are going to have to come to their own conclusions on. Everyone will get something different out of the album, and I’ll let the listener decide what that is.” If the current single, and the previously released "Who Want It" featuring Black Thought are any indication, it seems that David Banner has more than a few things to get off of his chest and is preparing to take us back to school early.