Faith Evans & The Notorious B.I.G. Get Nostalgic With Styles P & Sheek Louch In ‘Take Me There’ Lyric Video 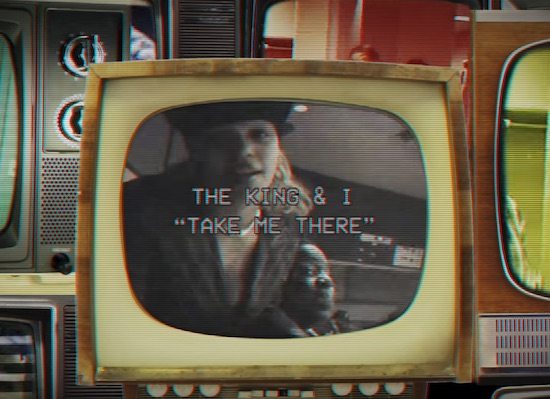 As Faith Evans gears up for the release of her duet album The King and I with The Notorious B.I.G., she’s dropped a number of tracks from the project. The latest is “Take Me There” and features previously unreleased bars from Biggie himself, though the most discerning fan would argue that we’ve heard these lyrics before. While the verse was lifted from a reference track he had laid down for the Lil Kim song “Drugs,” no one can deny how good it feels to hear him lace tracks with his signature flow once again. The single produced by Just Blaze also features additional verses from Styles P and Sheek Louch of The LOX, with Faith on the hook.

A touching lyric video has been released alongside the track, and it is sure to hit fans right in the chest with a bit of nostalgia. Similar to the video for the previously released single "Legacy,"” the accompanying visual features vintage footage of Biggie being the jovial, ball of fun we all felt like we knew. As the lyrics flash across the screen, we see him in the studio and in the streets with members of Junior Mafia and Faith. With the gritty, head-nodding track in the background, we catch shots of him and Faith laughing and clowning around during happier times, and our mood turns a bit melancholy. In an interview back in March, Faith shared, “Towards the end of the album, I was listening to the music and watching how other people were reacting to my creation, our creation, and I just started crying.” She said, “I felt like he tapped me on my shoulder and told me he was proud of me.” An amazing accomplishment, we appreciate her for opening herself up for the undoubtedly emotional journey.

Check out the lyric video for Faith Evans and The Notorious B.I.G.’s “Take Me There” featuring Styles P and Sheek Louch and get ready to add The King & I to your album collections and playlists on Friday, May 19th.