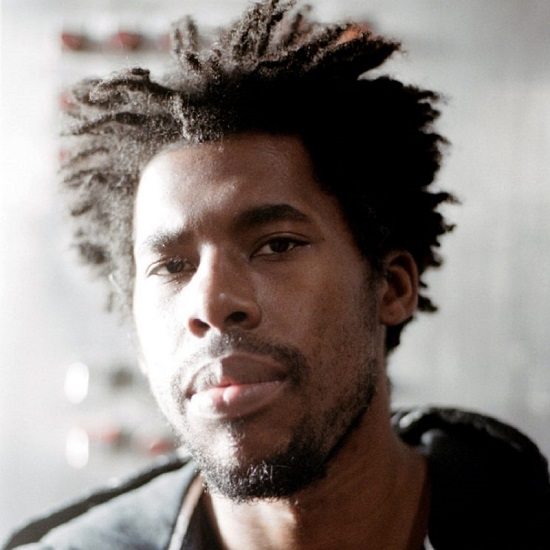 The last time we heard from Flying Lotus on the solo tip, he was busy ruminating on the journey of death on You're Dead. That collection gave us some memorable moments, like the Kendrick Lamar collab "Never Catch Me" and "Coronus, The Terminator." It seems that FlyLo is now getting ready to ease back iwith something new, but first he's dipping his toe in the waters with two new flips.

First up is his latest flip, "Night Grows Pale." The producer and artist looks to a classic 1974 Queen track "White Queen (As It Began)" for inspiration. Utilizing a vocal sample and a bit of the song's instrumentation, he retools it into a jazzy, haunting hip hop joint. His signature, slightly off kilter drums slap against the other elements — the sample, wistful synths and odd found sounds — creating a wobbly, woozy groove that most definitely is head nod-inducing. Ending at just under two-and-a-half minutes, it's almost begging for someone to hop on the track with an introspective verse or two.

His next new loosie is a straight-up remix of the Twin Peaks theme. Yes, you read that correctly. Perhaps taking a cue from the upcoming Showtime reboot, FlyLo takes the eerie opening credits theme and infuses it with some good ol' trap hi-hats, knocking drums and 808 thump. While he doesn't do much to change up the music here, he does make it especially interesting (we mean, honestly, who would think to try and make Twin Peaks hip hop?) and, once again, head-nod worthy.

We can't help but wonder if these one-offs mean that Flying Lotus has something special cooking like a new full-length project. However, seeing as his directorial debut Kuso is set to come out this year, we have a feeling his focus mainly on that at the moment. At least we can enjoy two short bursts of musical creativity from FlyLo, and you can too when you press play below.