She’s Back! Janet Jackson Announces ‘State Of The World Tour’ 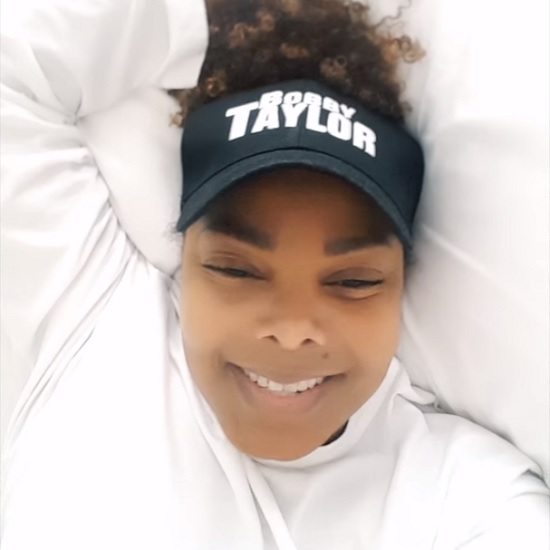 It was last April when Janet Jackson made the announcement that she was postponing her Unbreakable World Tour for the best reason possible: She was pregnant! Now, more than a year and a beautiful baby boy later, our girl is ready to take the show back on the road — but with a few changes to the regularly scheduled program.

After teasing fans with a countdown clock on her website over the weekend, the multi-talented superstar released a personal message to the world last night to set some things straight. Relaxing on what appeared to be the comfiest white sheets ever, she gushed over her baby boy Eissa and addressed her pending divorce from her husband Wissam Al Mana ("Yes, I separated from my husband. We are in court and the rest is in God's hands."). She also mentioned her weight gain since the pregnancy while hilariously shutting down her brother Randy Jackson, whose two cents wasn't appreciated ("Can you please by quiet, Randy? Nobody's talking to you."). After getting all of that business out of the way, she then got to the matter at hand.

"I'm continuing my tour as I promised," she said to the camera. "I'm so excited, you guys." She continued, saying, "I decided to change the name of the tour: State of the World Tour. It's not about politics. It's about people, the world, relationships, and just love." She ended the short video by thanking her fans for their support and love and casually dropping that the tour will resume on September 7th of this year. Luckily, Live Nation confirmed the rest for all those curious about what this means. Fifty-six North American tour dates have been rescheduled, starting with a show in Lafayette, Louisiana and spanning the continental U.S. and a few stops in Canada. Oh, and tickets go on sale this Friday, May 5th at 12 p.m. local time.

Welcome back, Janet! We can't wait to see you take your rightful place on the stage. Check out the announcement video as well as a full list of dates below and head to Live Nation for more ticket info.