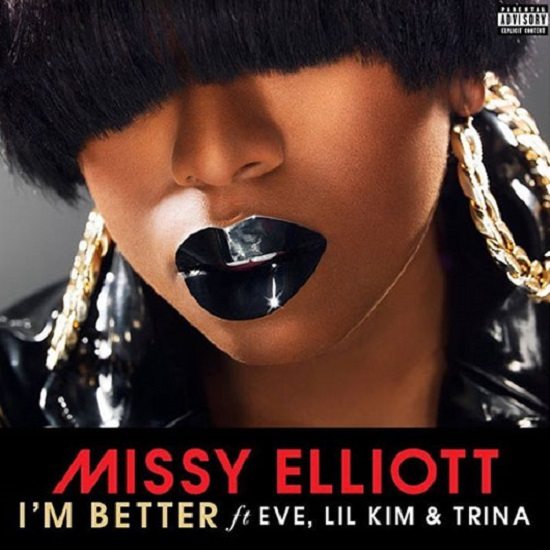 Missy Elliott's return to music has been a slow but steady one. The "Get Ur Freak On" rapper has released one song a year since her triumphant guest appearance during the 2015 Super Bowl, teasing fans and then seemingly vanishing from sight. However, the release of her latest single, "I'm Better," is showing that Miss Misdemeanor might be sticking around this go 'round. For one, she announced that she has a documentary in the works documenting her musical influence and return. And secondly, she just came with a surprising new remix for the "I'm Better" that features femcee royalty.

Missy has tapped Queen Bee Lil' Kim, pitbull in a skirt Eve and Diamond Princess Trina for the all-star remix and the ladies come with it on the track. The minimal, trappy beat serves the ladies well, for the most part, with Kim, Trina and Eve taking turns on the beat while Missy acts as more of hypewoman for the trio. Kim adopts Missy's cadence on the original's second verse for her opener while letting us know of her penchant to floss and her skills in the bedroom. Meanwhile, Trina goes off on her verse, proving why she's known as the baddest b***h as she reps for Miami and lets everyone know she's about getting her scrilla. Eve brings up the rear of the track with the perhaps the hottest 16, riding the beat like a boss and even ushering in a beat flip before the track comes to a close.

While each is pretty good, we can only imagine how much sweeter this joint would've been if we'd gotten an all-new verse from Missy herself to tie this all together. That being said, it's dope to see that each of these ladies definitely still have it. Take a listen to Missy Elliott's all-star remix to "I'm Better" below.