Ne-Yo’s Take On Kendrick Lamar’s “HUMBLE.” Is More Like A Fumble 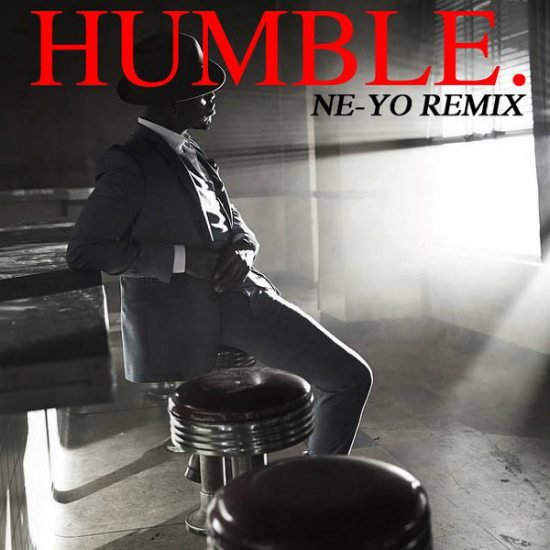 Kendrick Lamar’s anthemic single “HUMBLE.” continues to top the charts and blow out speakers all across the land. When a song is that popular, it’s not uncommon for people to want to cover it, even R&B singers. Of course when it comes R&B singers covering rap songs it can be a mixed bag. Melanie Fiona has been slaying rap covers of everyone from Kendrick to his rival Drake. Teen sister act Chloe x Halle actually did a respectable job covering the song. However, in the case of singer/songwriter/musician/producer Ne-Yo, he doesn’t quite score a touchdown with his cover. Instead, he's delivered quite the fumble.

The problem is not Ne-Yo’s intentions, it’s in the delivery. His message gets lost in the mumble jumbo of his own braggadocio. The song isn’t without its charms. Lyrics such as, “I remember wishing I could sit at the GRAMMYs with Jay and Bey, and Rihanna and Chris / Be part of the clique / Second guess myself and all my s**t like, ‘Do I really fit?’ / Three GRAMMYs later, I guess I must be pretty good at this,” feel genuine to his own experience and personal growth, while inspirational to others pursuing their own dreams. But Ne-Yo mimicking Kendrick’s voice and staccato flow, while not far off tonally, seems forced. Lines like, “Suddenly their handing me vagina like ‘Have some,” is more than off-putting, and “Year of the Gentleman / Made them pull their pants up," are incredulous at best.

Beyond the booming bassline, what makes the original “HUMBLE.” such a great song are the witty lines that K.Dot uses to thrill and amuse his audience while oxymoronically being anything but humble. Ne-Yo, however, uses the song as a chance to lash out at his haters, going all the way back to high school, sounding as pressed as his orange locks he rocked when he was on the Apollo. In truth, Ne-Yo has much to brag about over the span of his career, not only being a hit artist in his own right, but writing blockbuster hits for other major artists. His success speaks for itself.

While we’re hoping that this “HUMBLE.” remix is a sign of good things to come from Ne-Yo, we can’t say this little ditty has us excited. Ne-Yo hasn’t released anything since 2015’s so-so set Non-Fiction, after releasing hits at a steady clip, so the time is ripe for some bangers. This ain't it, though. While we can’t deny our love of the “Religious” singer, we must humbly ask him to sit down and rethink his strategy after this releasing this track.