NIIA & Jazmine Sullivan Are Tired Of Being On The ‘Sideline’ 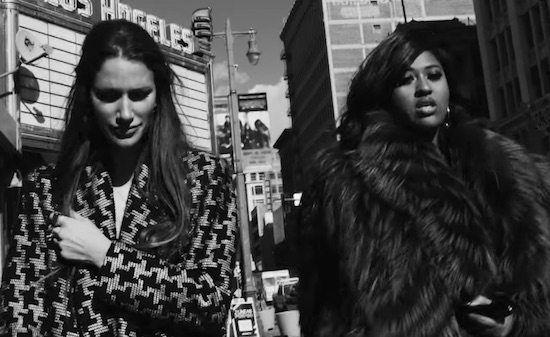 Today is a happy day for NIIA. That's because the songstress has released her debut album, simply titled I, to the masses. While she's been bubbling under for quite some time, I should serve as a fitting introduction to the "Hurt You First" singer. And while we're sure she's somewhere celebrating, she took a moment to drop a new video for an alternate version of her track "Sideline" —and it features none other than one of our faves, Jazmine Sullivan.

The new take on "Sideline," which also features a slight production update from production duo Christian Rich, finds each lady telling different sides of being the other woman. It begins with NIIA giving her side of the story, with her playing the role of the mistress. Jazmine, on the other hand, plays the role of the main chick. Those roles are reflected in the black-and-white clip directed by Sasha Samsonova. We first see NIIA strolling down an alley as she laments her situation as she eventually walks onto the main road. Next, we see Jazzy looking expensive while strolling in the city rocking an exquisite fur, sunglasses and hoop earrings as she states her case. Each lady gives a pretty compelling performance and makes you understand exactly where she's coming from, with the two eventually meeting up by the track's end. Looks like bae might be in for some trouble.

This alternate take of "Sideline" is one of the tracks featured on NIIA's debut, which is a pretty damn good listen in our honest opinion. Check out the captivating video for the track right here and stream I in its entirety on Spotify below.