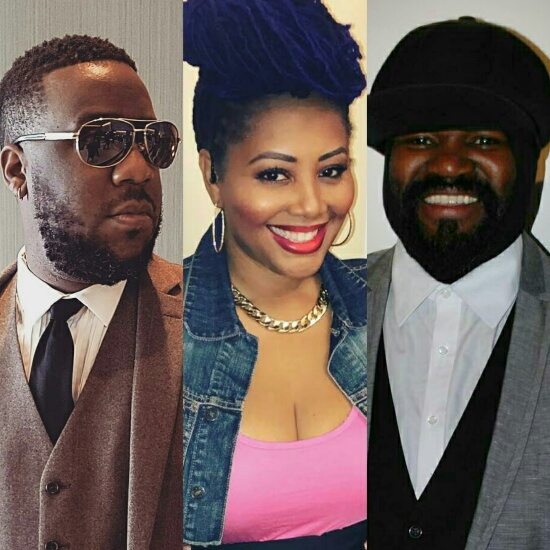 With its deep and rich history of jazz music, for decades the Nation’s Capital was the epitome of a thriving jazz culture. The DC Jazz Festival, which celebrates the city’s homegrown musical past, present and future, will be held June 9-18, 2017. Founded in 2005, the festival brings together 10 days of heritage, culture and, of course, music. This year’s lineup features over 90 bands and 300 artists, including a diverse selection of both emerging and legendary talent. The festival takes place in over 60 venues in 20 neighborhoods all over the city, including The Yards Park Navy Yard, The Howard Theater, Sixth & I Historic Synagogue, as well as local clubs, restaurants, hotels and galleries.

The talent roste truly has something for everyone, and attendees can expect to hear jazz blending beautifully with other genres including the blues and swing music. Contemporary jazz lovers will want to catch performances by SoulBounce faves Robert Glasper Experiment, Lalah Hathaway, Gregory Porter and Kandace Springs. Those looking for more of a Latin flavor will head to the Smithsonian Anacostia Museum to see the Pepe Gonzalez Ensemble, Adams Morgan’s Rumba Café’ to catch Miguel Nunez and U Street’s Twins Jazz for Cesar Orozco and Kamarata Jazz. Adding to the eclectic mix of art and culture, the festival will include a performance by the Smithsonian Jazz Masterworks Ensemble at the National Museum of American History, an evening of dance at The Dance Place with the second installment of In Jazz We Trust: Music in Motion featuring choreographer Princess Mhoon and a brunch performance by the Harlem Gospel Choir at The Howard Theater. This year’s festival will certainly appeal to all generations of music lovers, and it is sure to be a good time.

With the weather is warming up and festival season in full swing, be sure to add the 2017 DC Jazz Festival to your itinerary. View the festival’s artist lineup below, check out the full schedule on the website and purchase tickets right now on Ticketmaster. 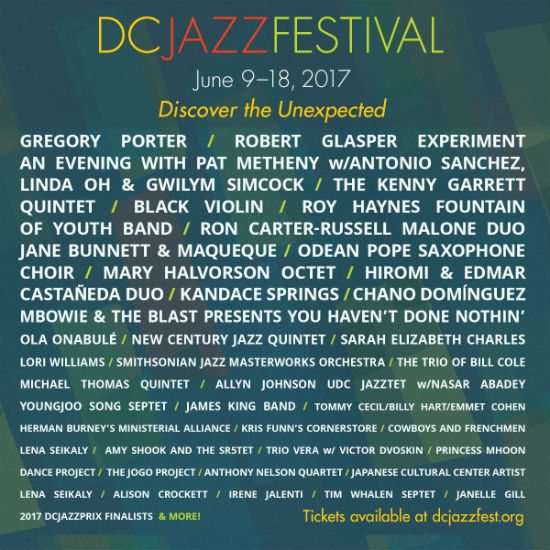