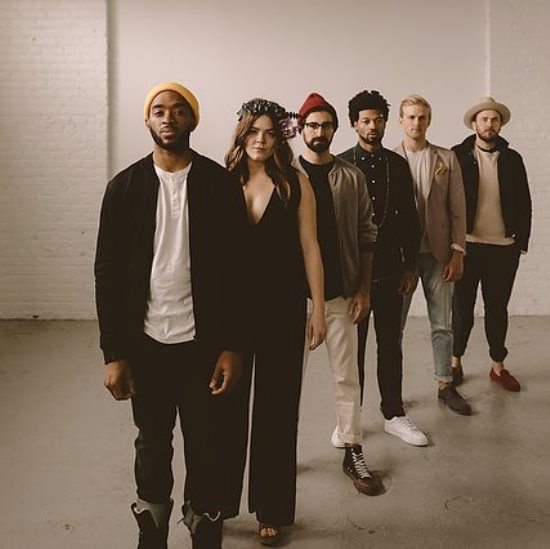 In today's fast-paced digital age, fact-based news and relevant issues are far too often treated like trending topics. That's why we applaud artists like Sidewalk Chalk who embrace Nina Simone's philosophy that "an artist's duty...is to reflect the times," regardless of whether or not it's the popular thing to do. Rather than simply entertain us with a radio-friendly groove, the Bounce-Worthy Chicago collective chose a politically-charged think piece entitled "Dig" to pave the way for their upcoming fourth project An Orchid Is Born. Turns out the fiery track was just a pilot light for the truly explosive "A Suite For Black Lives," a track inspired by the Black Lives Matter movement.

Emcee Rico Sisney explains, "For people of color in this country, achieving self-acceptance is far more difficult because we're taught to hate ourselves by the media, the education system, and politicians. This song is about struggling with internal demons and then turning on the external ones. I could write a damn dissertation on this but I'll leave it at that." Vocalist Maggie Vagle further expounds, "By itself, this song might leave you helpless, yearning, or feeling broken, but in the context of the whole album, this song is utterly important. Probably the most important of any of the 16 tracks on An Orchid Is Born."

The poignant piece begins as a mournful dirge with Vagle's feathery vocals delivering elegiac lyrics over emotive piano and dark synth strings. From there, Sisney provides a lesson in oratorical brilliance as he relays the plight of being “Black in America.” Rapping at a measured pace that slowly builds into an explosive outcry, you have no choice but to give him your undivided attention. Vibrant horns add depth and nuance while thunderous bursts of percussion underscore the urgency of Rico's protest. In a month where Trayvon Martin and Richard Collins III were awarded posthumous degrees because of the hateful acts that prematurely ended their lives, a chanting gospel chorus and operatic wailing are particularly resonant.

Listen to the stirring opus “A Suite For Black Lives” below (if you’re at work or in front of kids, be warned that there is some explicit language towards the end). An Orchid Is Born is slated to drop on June 2nd, but pre-order now for instant downloads of “Dig” and “Trapped” (which you can preview below as well). Sidewalk Chalk will be touring extensively throughout the U.S. and Canada in support of the album. Visit their website for a full list of dates and connect with them on Twitter and Instagram where you have a chance to win free tickets to one of their shows.