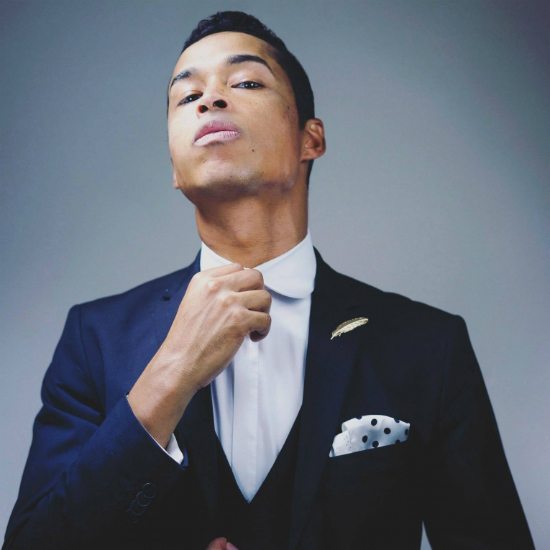 In that last few years, gospel music has evolved to match the needs and the culture of the people for which it provides inspiration. From Kirk Franklin’s infamous “Stomp” in the ‘90s to Chance the Rapper’s Coloring Book and even Kanye’s Life of Pablo, we’ve come a long way from “Amazing Grace.” That’s not a slight to the classics. In fact, the best modern takes incorporate some of that told time “‘ligion.” Take upstart artist Sir the Baptist. The Chicago-bred performer's music seeks to provide encouragement, raising our spirits while keeping one foot firmly planted in the real world. His latest singles, “Deliver Me” and "Southern Belle," give us a man-of-the-street sanctified anthem and something a little more secular, but still worthy of praise.

"Deliver Me” is a complex gospel record about praying for salvation from the troubles of the world — some of those troubles hitting too close to home and some part of our own nature. Over what might be described as "altar call music," sparse piano with hints of organ, bass and guitar, the Sir and featured guest (and his rumored bae) Brandy take us to church. The track starts with a heartbreaking story of his sister’s experience with domestic abuse. Then Brandy breaks through with the chorus, her raspy vocals giving us all the feels. While we’re used to Brandy, the vocal Bible and one of the biggest voices of the ‘90s, she shines quite brightly here, hitting the right notes not only vocally but from the shared experience of the Black church. Of course, Sir the Baptist doesn’t rest on his laurels or in the back of the pulpit. The self-described “half-singing rapper that can pen a song” discusses his own trials and tribulations as well as what he sees in the world outside of his window while Brandy fills the space with melisma and ad-libs.

“Southern Belle” is a little different. Not exactly the gospel, Sir talks about the women in his life and in his fantasies against a soundbed of piano, foot stomps and church harmonies. “If she’s not Southern then she’s South Side,” he proclaims, comparing his future wife to everyone from Halle Berry to former first lady Michelle Obama. Speaking of Michelles, the song also features the background vocals of Michelle Williams, who also provides a few ad-libs that keep the song fun and flirty.

Sir the Baptist has more of his special blend of R&B and gospel to share when his debut album, Saint or Sinner, drops this Friday, May 12th. The debut album will explore the good and bad of life, addressing the streets, America and even various lifestyles. In addition to Brandy and Michelle, the set will also include an appearance from always special guest Keke Wyatt. We’ll be checking for Sir the Baptist tomorrow. Until then, hit play and get your praise on.