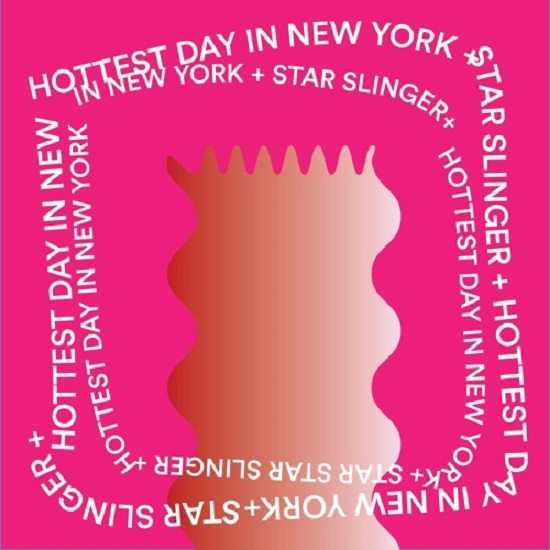 We've featured many of Star Slinger's remixes and his original material in the past, and at the rate he's going, we'll be featuring him for the years to come. His latest new joint is the summer-ready jam "Hottest Day In New York," and it lives up to its blazing hot title.

Inspired by Spike Lee's Do The Right Thing, which takes places on — you guessed it — the hottest day in New York, Star Slinger channels that feel with a warm, wavy synth groove that reminds of chilling poolside. He chops that up with b-boy-approved drums, which provide just the right amount of bump to break things up quite nicely. The sampled rap vocal from the late '80s/early '90s era further cements the summery vibe.

“'Hottest Day In New York' is Inspired by one of my favourite films Do The Right Thing," Star Slinger commented about the track on SoundCloud. "It's directed by Spike Lee & about Brooklyn on the hottest day of the year. Communities are clashing, everything gets heated (literally) and it's just such a great film. I feel the summer approaching, and this track just suited the mood for the hottest day of the year where you want to just drink cold beverages & relax & tune out from all the noise."

If you spent time in New York recently, then you know things are unseasonably cool at the moment, but Star Slinger's "Hottest Day In New York" is definitely sure to warm things up until the actual summer weather arrives. Give the track a spin below.