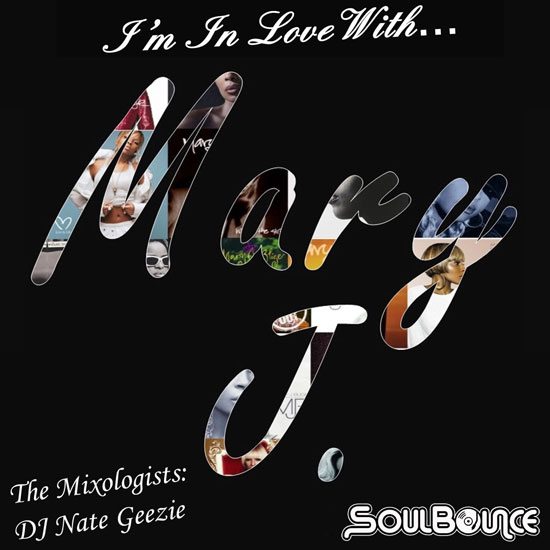 This year marks the 25th anniversary of Mary J. Blige's debut album, What's the 411?, which was released in the summer of 1992. She had us at hello with her undeniable swag and unmistakable voice. Blige was quickly crowned the Queen of Hip-Hop Soul, and we bowed down and got down to her music. All these years later, and little has changed. Mary can still move the crowd and units, as she has with her 13th studio album, Strength of a Woman., which is currently sitting pretty atop the Billboard R&B Albums chart.

To celebrate Queen Mary and her longevity, DJ Nate Geezie has compiled an epic mix of her hits, singles, b-sides, albums cuts, remixes and features for a very special Mixologists mix that he calls I'm In Love With Mary J. The title says it all, and this mix was lovingly curated and created. Whether you're a casual MJB fan or love her like a play cousin, you'll appreciate this 40+ song mix by DJ Nate Geezie. Press play on I'm In Love With Mary J. to get a thorough overview of the first 25 years of Mary J. Blige's career and here's to another 25 more.