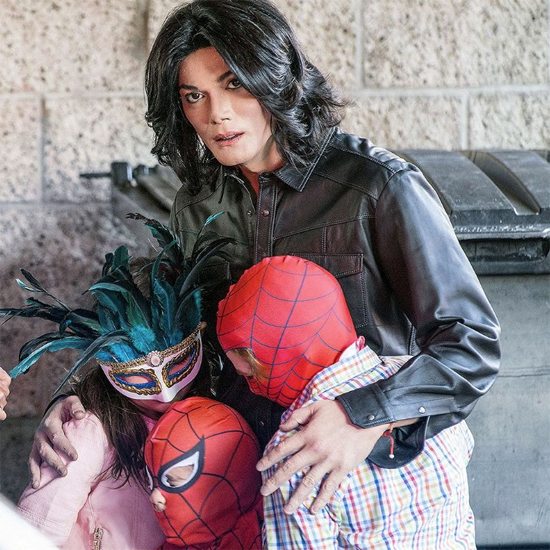 Like it or not, Lifetime's Michael Jackson biopic is a real thing. Your favorite network is rolling the dice yet again in these biopic streets to see if they can get a winner with their latest offering, Michael Jackson: Searching for Neverland. The new biopic is based on the 2014 book, Remember the Time: Protecting Michael Jackson in His Final Days, co-authored by two bodyguards who protected Jackson in the last couple years of his life. Lifetime is providing a glimpse at the impending drama with the official trailer.

The TV movie will be told through the eyes of Bill Whitfield (played by Chad L. Coleman) and Javon Beard (played by Sam Adegoke) who are seen in the trailer undergoing an intense interrogation. Lifetime wastes no time getting to the nitty or the gritty when an investigator asks, "Did Dr. Conrad Murray kill Michael Jackson?" The drama is on from there as we watch the circumstances around Michael's death unfold and get a peek into his private life as he plays dad to Paris, Prince and Blanket Jackson. In true Lifetime fashion, the acting is rather suspect. Famed Michael Jackson impersonator Navi takes on the role of the late legend, but he sounds nothing like MJ and looks like his makeup was done in a funeral home, making him look downright ridiculous.

If your interest has somehow been piqued, Michael Jackson: Searching for Neverland premieres May 29th on Lifetime. Can it be any worse than their Toni Braxton, Whitney Houston or Aaliyah biopics? Probably. Watch the official trailer and decide if you'll be passing the popcorn or just passing on this one.