Will Aminé & Kehlani’s Summer Love Song Give You The ‘Heebiejeebies’? 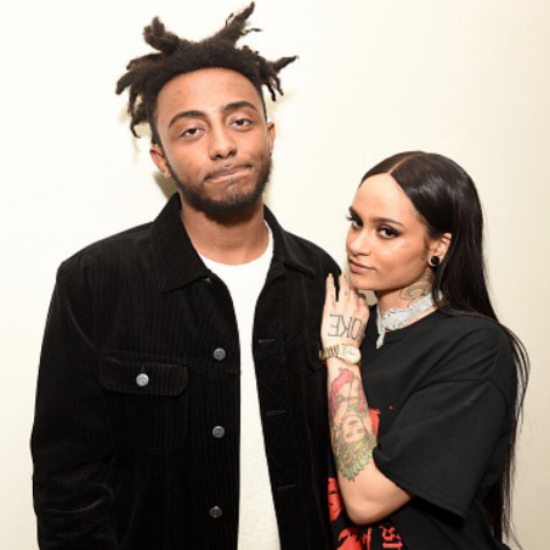 Aminé has made a name for himself with the smash hit “Caroline.” Of course, with the rapper’s star quickly rising, it’s only right that he get an R&B chick to wear his chain, and it turns out that our girl Kehlani is the woman he's calling bae. And, if you’re going to get an R&B chick as your bae, the rules state that you have to do a rap/sung duet so we know it's real. Sure enough, Aminé and Kehlani check off all the boxes on their musical collaboration “Heebiejeebies,” a charming, feel-good love song that will please fans of both artists.

“Heebiejeebies” is a cool, mid-tempo groove about finding that extra special someone. Just check the chorus for an explanation: "Never seen your type of species / Give me heebiejeebies." The song is filled with little cutesy lyrics such as that, which, for some might be a shade corny but are cute in the context of those cheesy moments of falling in love. The first verse starts with a cool call and response where Aminé calls his girl, “that b***h,” while the SweetSexySavage confirms as much, and the couple harmonizes on the chorus. The production sounds like a track off of one of Kehlani’s projects, particularly “The Way.” That’s not necessarily a bad thing, as it creates a musical backdrop that fits both artists' styles yet allows them to perfectly shine on their own.

“Heebiejeebbies” is a cute summer track and a nice addition to both of their catalogues. While it follows the famous-boy-falls-for-famous-girl-and-does-a-song formula, the duo infuses the song with enough of their own personality and chemistry that it stands out from other similar collaborations. It's not quite “Bonnie & Clyde,” but we wouldn’t call it “It’s Over,” either. “Heebijeebies” is just the latest collaboration for Aminé, as the star recently worked with Missy Elliott on the remix to his track “REDMERCEDES.” Hit play below and get into the Kehlaminé's (hey, we tried) summer lovin'.