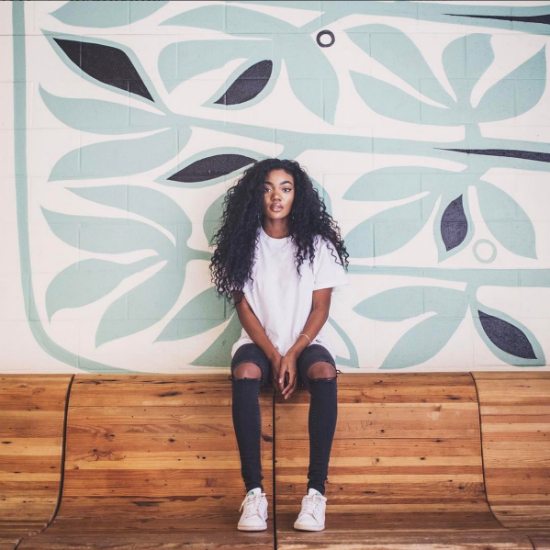 Of course, 2016 might as well be a world away for the singer. Roberts is still changing, growing, refining her sound and herself. While her early music was noticeably very dark and raw, Alexis plans on exploring a pop/soul vibe. As an introduction to the evolution of her sound, Roberts tackled a number of radio hits on her EP, Covered A.R.T.

Spinning out of her YouTube Tuesday covers series, Covered A.R.T. finds Roberts doing her own, unique chill-wave renditions of what’s hot on the radio. Produced by bandmates Adam Dumas and John Kadadu, songs like Post Malone’s “Congratulations” and Drake’s “Passionfruit” barely resemble the original upbeat versions. Meanwhile, Corinne Bailey Rae’s “Like A Star” takes the already mellow track and slows it down to a crawl with atmospheric synths that harmonize with Roberts' vocals perfectly. However, Roberts is doing more than just giving us a good refix of a hit record. Each song is dripping with genuine emotion, as if the borrowed lyrics came directly from her diary. She’s feeling the music and we’re definitely feeling her.

Alexis plans on releasing her first full-length project of original material sometime this year. The untitled project promises to explore the trials, tribulations and milestones of her years on this earth. Of her songwriting, the singer has said, "My writing is a reflection of me as an individual. I am hoping that my music welcomes fans into my little world.” Given the quality of her current body of work, we're hunkering down in preparation of being blown away when her debut project premiers later this year.