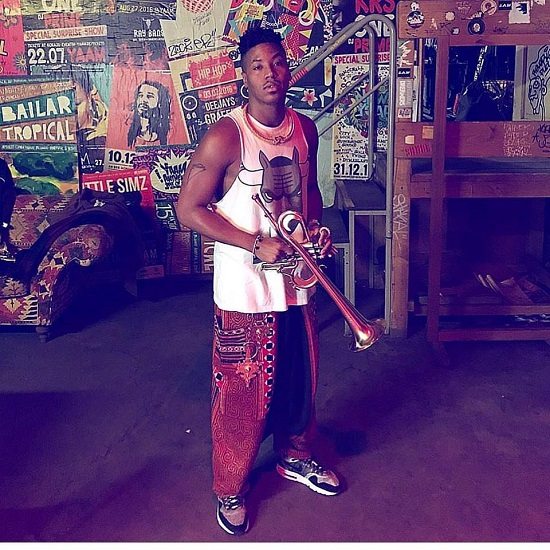 In case you haven't heard, our boy Christian Scott aTunde Adjuah plans on dropping three albums this year. Three! He already made good on one of the promised sets with March's Ruler Rebel, and he looks to continue the trend with his upcoming Diaspora. Back in April, he gave us a sample of what to expect with the Elena Pinderhughes-assisted title track. Now, just before the album's scheduled arrival, he hits us with another song to pique our interest called "The Walk."

Where "Diaspora" had a happier, brighter feel thanks to Elena's airy flute work and Christian's call-and-response horn, "The Walk" is a moodier piece. Tinkling piano keys and muted trumpet introduce the track before trap-inspired drums pick things up. Then we hear featured vocalist Sarah Elizabeth Charles haunting voice as she sings, "We bow to the chief / And to the queen / We bow to worship freely / In everything." From there, flute and horn — provided by Elena, Christian and saxophonist Braxton Cook — take over, mixing and mingling over the dusky soundbed. Occasionally, Sarah's chorus comes back into the mix and other times she scats as the instruments play, but the star of the show here is really the crew's ability to maintain the mood of the song, balancing what some would consider somber with a calming, soothing feel.

Diaspora is set to arrive on June 23rd and promises to keep pushing musical boundaries, as Christian Scott aTunde Adjuah is wont to do. Check out "The Walk" right here.