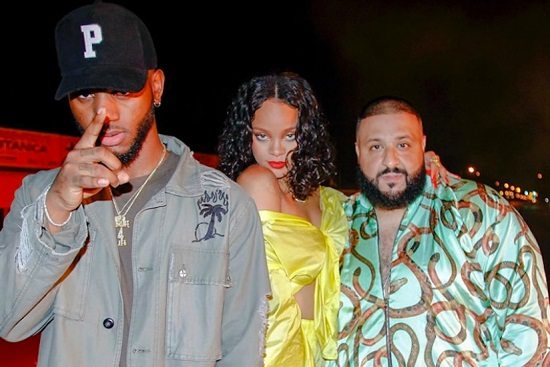 Love him or hate, you can’t deny DJ Khaled’s grind (or is it assault?). The Miami DJ turned motivational speaker continues to pop out hit after hit with collaborations with your faves. His current era started with Beyoncé & Jay Z on “Shining.” He then got Lil Wayne, Chance the Rapper and Justin Bieber on “I’m the One.” Then he was trending on YouTube with Drake’s “To The Max,” or as we like to call it, the “F**k it up, F**k it up” song. He continues to be a problem by teaming up with two artists who are also on their grustle (that's grind and hustle, folks), Rihanna and Bryson Tiller, on “Wild Thoughts.”

Over a sample of Carlos Santana’s “Maria Maria,” Rih Rih and Pen Griffey, Jr. whisper savage nothings to each other, admitting that they can’t control themselves when in each other’s presence. Rihanna, ever the control freak, has the first two verses to herself. She serenades us with lascivious lyrics like, “You know this cookie for the baking /Kitty kitty / Give that thing a rest / ‘Cause you don’ beat it like the ’68 Jets.”  However, Tiller ain’t no slouch. He loads up his verse with some pretty side-eye worthy quotables himself, like “Throw that a** back / Bouquet.” Listening to the track, it sounds like the first verse was tacked on later. It’s a lot tamer in comparison to the second two and doesn’t quite follow the same pattern. Either way, we’re gonna take whatever Rih Rih pulls out of her Bajan bag.

If stealing the beat from Mr. Santana wasn’t enough, Khaled also took some inspiration from the music legend for the music video. Set at a moonlit block party in the Little Haiti neighborhood of Miami, Rihanna works the crowd with DJ Khaled in tow. There are also scenes of each singer in their bedrooms pining for each other in their private moments. Oh! And for those of you who came for Rihanna for being a little thicker lately, Aunty Robyn is still giving us the business.

“Wild Thoughts” is yet another banger off of Khaled's upcoming summer take over project, Grateful. The album, executive produced by his son, Asahd Khaled, is due to impact radio even further on June 23rd.  With that date just a week away, the maestro has released the track info for the album, with a whopping 23 tracks. Yowza! If it’s all killer or a lot of filler remains to be seen. However, judging from the previous singles and his upcoming features, we’ve got some wild thoughts about it’s potential to cold rock a party. Hit play and look at the full track listing below. 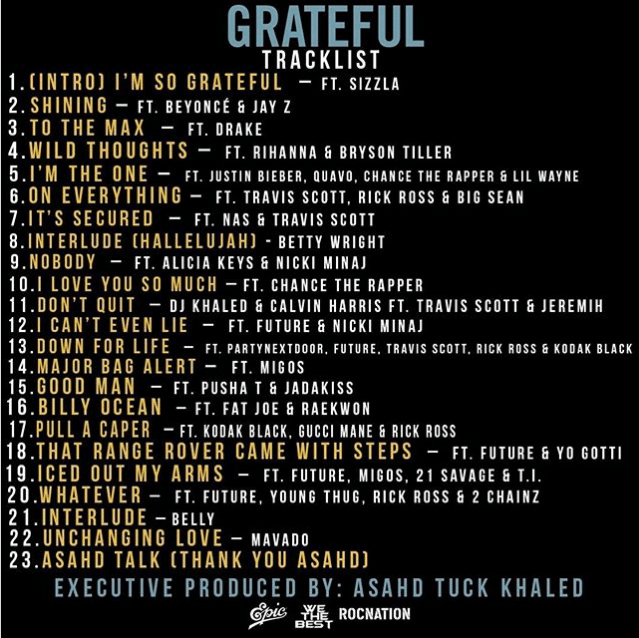