GoldLink To Headline ‘At What Cost Tour’ This Fall 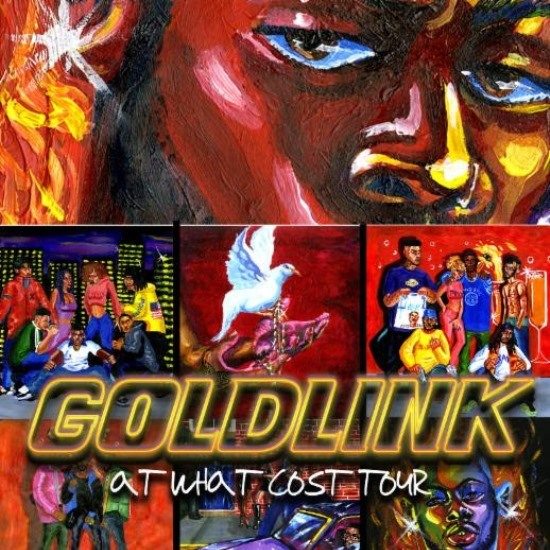 Since introducing us to his "Future Bounce" style of hip hop with an impressive full-length debut, it's been onward and upward for GoldLink. The Chocolate City emcee earned a coveted spot in XXL's 2015 Freshman Class and maintained his buzz with featured verses on tracks from Christian Rich, Benny Sings, Kaytranada, Kelela, Xavier Omär and Khalid to name a few. And any remaining doubts about his skills were undoubtedly squashed after the release of his sophomore effort At What Cost.

Now, the rapper is ready to take the album on the road with the announcement of his North American fall tour. With scheduled stops from coast to coast and Canada in between, GoldLink will play 35 shows from the beginning of September through early October. While there's no word on which of the album's many collaborators (Wale, Kaytranada, Steve Lacy, Jazmine Sullivan, Jefe, Brent Faiyaz, Mya and more) may make an appearance, we're still pretty amped to hear standout tracks like "Crew," "Meditation," "Pray Everyday (Survivor's Guilt)" and "SummaTime" performed live.

Browse the current schedule below and mark your calendars to catch GoldLink live on stage. Tickets are available for pre-sale starting tomorrow, June 21st with access granted to the general public on June 23rd. In the meantime, download your copy of At What Cost if you haven't already, then scroll down to check out his recent guest feature on FALCONS' "Boo You Know." If you remember their previous collabo on And After That We Didn't Talk: The Remixes, you already know it's worth a listen.