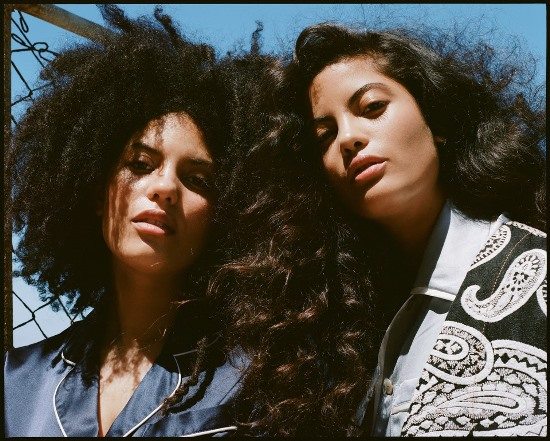 Having released their debut album two years ago to critical acclaim, not to mention #SquadGoals-worthy gigs with the likes of Beyoncé and Karl Lagerfeld, Franco-Cuban twin sisters Lisa-Kaindé and Naomi Diaz have made quite an impression in a relatively short amount of time as Ibeyi. Their music has even served as the basis for an Alvin Ailey Dance Theater performance by famed choreographer Mauro Bigonzetti. Given their musical lineage (their father was the late GRAMMY Award-winning percussionist Miguel "Angá" Díaz) and unquestionable talents, it's clear we'll be talking about the euphonic duo for many years to come. Especially now that they've announced the impending release of their sophomore album.

The ladies are keeping the title under wraps for now, but they've given us plenty of other reasons to anticipate what's to come. For starters, we know the album is being produced by XL Recordings head Richard Russell and will feature some major collaborations with Kamasi Washington, Meshell Ndegeocello, pianist Chilly Gonzales and Spanish rapper La Mala Rodriguez. They've also unveiled plans for a European tour in the fall. The future is looking bright for Ibeyi fans, but what we're most excited about is that they're offering a bit of instant gratification with their new single and video "Away Away."

Dreamy harmonies and pronounced percussion create a sunny, island-like vibe for the rhythmic tune. The duo explained via press release that "the song is about looking out onto the world’s craziness, which is symbolized by the sirens heard in the track, and wondering if the promises of a better world will be made true?” As they've done in previous songs, the track culminates with a Yoruba chant for the Orisha Aggayu (the ferryman-like god who provides strength). The captivating tune is made all-the-more enjoyable thanks to the sisters' carefree spirits and playful bond, captured on film by Christian Beuchet.

Enjoy the latest from Ibeyi and check the schedule for their upcoming tour below. "Away Away" is available for streaming or download and concert tickets can be purchased through their website. Hopefully, they'll have more to share in advance of the album release, but in the meantime, keep up with the latest via Twitter and Instagram. 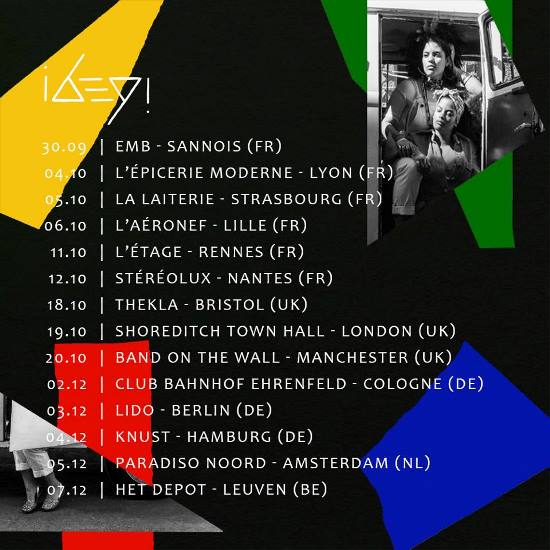