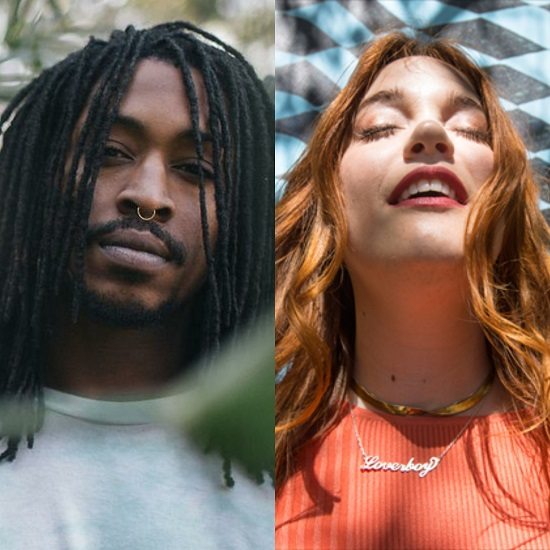 Patience is a virtue not easily practiced. This is especially the case in the game of love. On his latest single “Move Too Fast,” LA producer/singer/DJ Iman Omari teams up with songstress Anna Wise to confront the classic conundrum of whether one should take their time or live in the moment. Over a wavy track awakened with poignantly placed guitar riffs and piano chords, Iman recalls his lover’s method of sending mixed signals. In the first verse, he recounts how she went from asking for time to “see what you are made of” to declaring that “the day is what you make it.” Anna offers a different perspective and attempts to explain the reasoning behind those seemingly contradicting comments. She sings, “People mask the truth and try to fool me/It’s a masquerade, unending mystery/Like the heart, the past is broken/But I will grant you entry with a token.” There’s hope at the end of this tunnel as the two vocally unite at the end in agreement that when it’s real, there’s no need to rush.

The track, produced by J LBS, is the first we’ve heard Iman flex his vocal muscles since he was featured on fellow Vibe Music Collective member Billzegypt’s single, “Bring It Back.”  Prior to that, he focused mostly on producing beats, as evidenced by his 2015 release High Loops & Higher Loops. However, it seems he’s back in the singing mood as this latest track is said to be the first single from a much-anticipated new album due out later this summer via Fresh Selects and his own Vibe Music Collective.

Take your time and give the new tune from Iman Omari a spin below. Keep up with all his moves on Instagram and Twitter and follow the vibe on his Vibe Music Collective website.


TAGS:  anna wise", audio, Billzegypt, Iman Omari, J LBS
Previous: H.E.R. Gets Closer To Revealing Herself On ‘H.E.R. Vol. 2’ Next: What In The World Is Going On In Jaden Smith’s ‘Batman’ Video?