What In The World Is Going On In Jaden Smith’s ‘Batman’ Video? 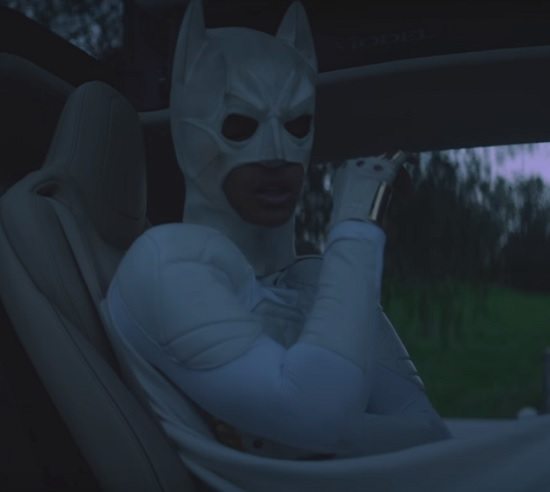 Remember when Jaden Smith wore a white Batman costume to Kimye’s wedding? Apparently, that wasn’t just a one-off thing. The actor/rapper/philosopher apparently fancies himself to be the Caped Crusader. Or at least he’s pretending to be on his latest single named for the Dark Knight.

Over a bass-heavy trap beat, Jaden waxes poetic about nothing particular while saying the phrase, “Batman, Batman, Batman,” borrowing a page out of Kanye’s “Jumpman." Our favorite lyric? ”Batman, Batman, Batman / Please put me up to the test / I’m trying to be hella extra.” Really, Jaden? We wouldn’t have guessed.

The video opens with Jaden, in the role of Bruce Wayne, cursing in the middle of a field as if some s**t went down that he’s not exactly happy about. We’re then taken to a scene of Jaden as Batman's alter ego Bruce Wayne in an office fielding a call about him being Batman. Of course he deflects those notions and hangs up. The credits roll for what we’re guessing was the Bruce Wayne portion of the video. Finally, the beat drops and we see Jaden in his white Batromper cruising the streets in a Tesla Model X. We even get scenes of Jaden fighting and dancing with costumed hero impersonators on Hollywood Boulevard. While the whole thing feels like some warped version of the Birdman movie, the clip is actually, dare we say it, entertaining.

While we aren’t sure if “Batman” would get the late Adam West’s endorsement, it isn’t without its charms. The trap beat is kind of hot, Jaden’s flow ain’t bad and the visuals are somewhat funny. It would be easy to give the kid grief, as, well, he makes it very easy — almost to the point that we think he’s trolling us on purpose. With that said, decide for yourself whether Jaden’s “Batman” will get any burn or if it’s a convoluted plot from some joker looking for attention.