JAY-Z Is Right On Time With The Deeply Personal & Introspective ‘4:44’ 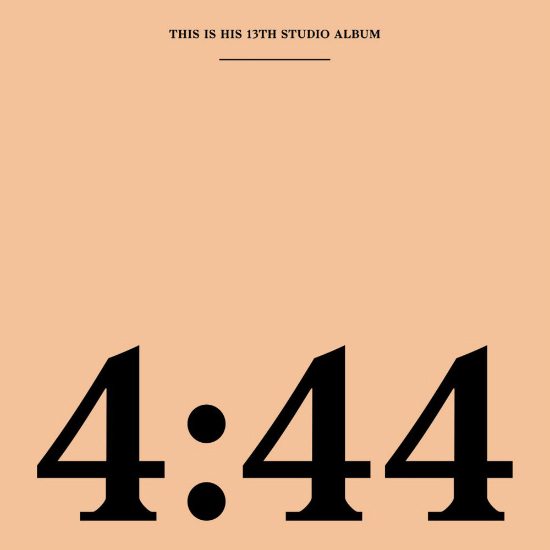 JAY-Z — the man, the rapper, the mogul, the father, the husband and the living legend — proves he hasn’t lost a step on his 13th album, 4:44. In fact, he’s still a trendsetter years later in his career. On 4:44, Shawn Carter isn’t content to give us the same war stories of his contemporaries, glorifying street violence or the mafioso rap of his early career. Instead, he’s actually speaking as someone wearing all those hats he’s earned over the years. The fantasy is no longer a fantasy and he’s speaking as someone who’s achieved his dreams without leaving his mistakes to be written in sand. Yeah, he’s spilling his own “Lemonade” and makes mention of cheating on his better half, Beyoncé. But there’s more to his latest dialogue than infidelity.

While the album shows growth, it doesn’t take the MC far out of his musical element. Produced by No I.D., Kanye West’s mentor, the album uses many soul samples to recreate that classic ROC sound from the late ‘90s, known for cold rocking a party as well as make the song and our souls cry.

The 10 song set opens with the masochistic track “F**k Jay Z,” where Jigga talks about his own bulls**t, showing vulnerability we rarely see from the god. He offers hard truths about growing and maturing in hip-hop with some words about his kids and his relationship, preaching to himself, “You almost went Eric Benét / Almost let the baddest girl in the world getaway.” While we feel for Eric Benet catching some collateral damage for his infamous divorce from Halle Berry, we ain’t mad at Hov. Eric is, though…

Check the title track, where Jay gives out humble apologies to anyone he might have offended or hurt over the years. He proves there is growth in himself and possibly hip-hop on the song “Smile,” where he comes out in support of his mother, who is a lesbian. “Mama had four kids, but she’s a lesbian / Had to pretend so long that she’s a thespian.” While 50 Cent  spokewas the first to speak on his own mother being a lesbian first, with Hov, it feels stronger. He praises her strength, her struggle and her story in a few couplets, the juvenile rhyme of "thespian" and "lesbian" aside.

4:44 ain’t just sorrow and hardship, though. Check "Moonlight,” where Hov tells us, “We stuck in La La Land / And even when we win we gone lose.” Get it? Then there’s the “Story of O.J.” where the rhymesmith lays down some truth. “Please don’t die over the neighborhood /That you’re momma rentin’ / Take yo’ drug money and buy the neighborhood / That’s how you rinse it,” he rhymes. The elder statesman of rap is laying down facts and life lessons across this project.

There are many quotables, lyrics to decipher and other things to keep you up on Genius looking for the answers like Sway. Luckily, Jay gave us a cheat sheet. Is it worth getting a TIDAL subscription? We can’t go that far quite yet, but we will say that the free trial is definitely worth it. If you’re ready for that free trial, or you’re already down with the clique, you can stream the album that everyone will be talking about for the next few weeks below.