Kendrick Lamar’s Violent Vision Puts Us Squarely In His ‘ELEMENT.’ 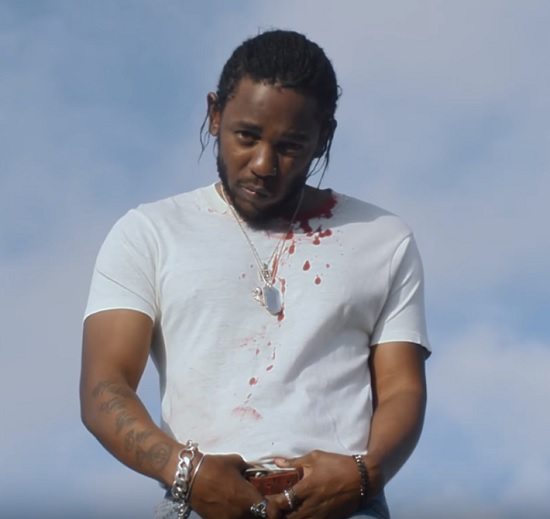 It’s no surprise that we would see some new projects materialize after the BET Awards aired. However, we weren’t expecting to see anything new from Kendrick Lamar. Just like his appearance with Future at Sunday's awards show, the Compton MC continues to surprise us. Just check his newly released video for DAMN. standout track “ELEMENT.”

While the previous videos for DAMN. featured fantastic high concepts and Hollywood players, “ELEMENT.” is more down to Earth. The rapper gives us vignettes of the world outside his window and scenes that play out in urban communities across the country. However, that doesn’t mean the video isn’t without deeper meaning. The song's most quotable line is “If I gotta slap a p***y a** n***a, I’ma make it look sexy… they won’t take me out my element.” However, the video brings that phrase to contradictory life as we witness the loss of innocence in order to survive in one’s “element.”

There's violence galore across the narrative and we aren't sure if it's violence for violence sake or something more. We witness the burning of a home, a father teaching his son to fight, gangs meeting up to fight and a suicide, among other polarizing images. Additionally, we see scenes of Kung Fu Kenny knocking the s**t out of people. The video also pays homage, intentional or not, to one of Gordon Park’s images of black and white children hanging on a fence with a gun. We’re wondering if there might be other references to the culture hidden in the video that we have yet to ascertain. Fortunately, the video is entertaining enough to warrant multiple viewings.

Directed by Kendrick, Jonas Lindstroem and Dave Free, the rapper proves he’s not only able to weave engrossing tales of black life through music but also through other media, creating a one-two punch that knocks us out of our own element and gives us new insights, touches old feelings and keeps us on the edge of our seats. See what we mean by checking out "ELEMENT." below.