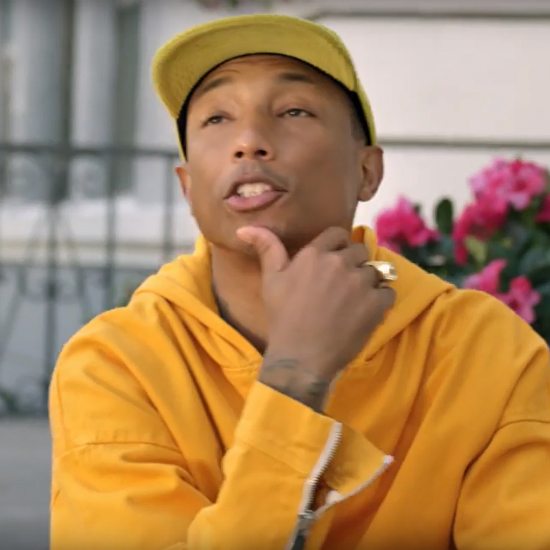 In 2013, you couldn’t escape Pharrell Williams’ “Happy,” from the Despicable Me 2 Soundtrack and his own album, G I R L. The infectious track, built on a foundation of gospel music, lifted spirits and hearts everywhere. Until it seemed to be everywhere. It was in commercials, supermarkets and hiding in our own thoughts when we least expected it. After the success of “Happy,” Pharrell utilized a similar sound on many of his projects, such as the soundtrack for Hidden Figures. Pharrell, ever the innovator, has moved on in terms of sound, but is still determined to stay optimistic with the first single from the Despicable Me 3 Original Motion Picture Soundtrack, "Yellow Light."

For “Yellow Light,” Pharrell takes a little inspiration from ‘80s new wave, with synths, drums and a wee bit of that Neptunes sound. On the track, Pharrell gives praise to the big ball of gas in the sky for helping to wipe all our cares away, citing, “The sunlight’s the best disinfectant.” While lines like that will cause shade, there is some sincere truth to the lyric,"Everyone's overdosing on blue light use." Either way, we can’t help but perk up when listening to this little toe tapper. Not quite the blockbuster that "Happy" was, we're more than happy for an extra-regular track.

The video for “Yellow Light” somewhat parodies the video for “Happy” and features those oh-so-adorable Minions. Somehow they've managed to make the little munchkins even cuter by turning them into 8-bit animated characters. The Minions follow Pharrell as he parades through the city. Of course, those mischievous little Minions can’t help but go exploring on their own and get into trouble. Thankfully, Pharrell is more than capable of saving the day – with a dance off!

Despicable Me 3 will be marching into theaters on June 30th. The soundtrack will include new songs from Pharrell, the not-so-child-friendly Eminem and Xzibit, and classics from Michael Jackson, Madonna and Phil Collins. Get ready to take the youngsters or the young-at-heart in your life to the theater for more animated hijinks against a rip-roaring soundtrack. For now, we suggest you get ready for the weekend and kiss those work week blues away by hitting play on this happy-go-lucky track.